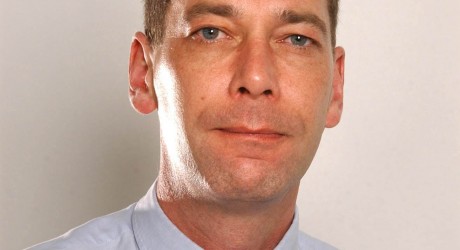 The annual Fellowship has been created to enable a writer to take time out of their usual environment to embark upon a year-long literary adventure to develop their practice.

Details of the first Fellowship, to be hosted by the Association for Scottish Literary Studies, will be announced in March 2013.

In subsequent years, the fellowship will be hosted by an organisation which will be selected through an open application process.

Iain Munro, director of creative development at Creative Scotland, said: “A man of grace and intellect, Gavin was dedicated to the health of literature in Scotland. We are deeply saddened by his passing but, with the blessing of his family, we are honoured to carry on his name through this fellowship.

“Gavin had a close relationship with Scottish Literature at the University of Glasgow, especially amongst the faculty many of whom were lifelong friends. It is fitting, therefore, that the ASLS, will host the inaugural Dr. Gavin Wallace Fellowship.”

Dr. Gavin Wallace was a central figure in Scotland’s literature world for many years. Gavin joined the Scottish Arts Council in August 1997 as literature officer and later moved on to become the head of literature, a position he held for eight years before being appointed as portfolio manager for literature, publishing and language at Creative Scotland in June 2010.

Gavin previously worked as a teacher, lecturer, critic, journalist, editor and broadcaster, and was an Associate Lecturer in Literature and the Humanities at the Open University in Scotland from 1991-2001.

He carried out graduate and postgraduate study, in English and Scottish Literature, at the University of Edinburgh.

Prof. Ian Brown, president of the Association for Scottish Literary Studies, said: “Dr. Gavin Wallace was not just an outstanding director of literature for the Scottish Arts Council and Creative Scotland, but a man whose love of good writing shone through.

“He was not just an officer in a funding body to the writers of Scotland, but a friend, a source of wisdom and support and one whose wry humour carried many of us through tough times.

“The ASLS as the international lead organisation for the study and celebration of Scottish literature worldwide is delighted to be able to welcome the first Dr. Gavin Wallace Fellow to work with us over the next year.”