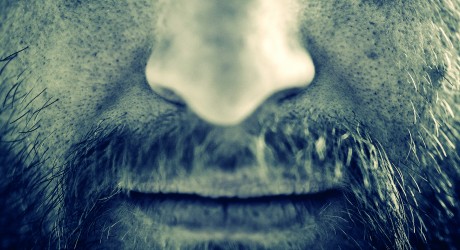 In researching the piece, director, Harry Fehr, uncovered a copy of the original score which set the story in a remote Scottish coastal community.

Senta, a young girl unversed in the ways of life and love, daydreams obsessively over a picture of the legendary Flying Dutchman, a tormented soul cursed to roam the seas with his ghostly crew until he finds a woman who will love him until death.

Out in a violent storm, Senta’s father meets a charismatic stranger and invites him home, little knowing that his daughter’s fixation is about to become unsettlingly real.

Harry Fehr, whose recent directing credits with Scottish Opera include Craig Armstrong’s Edinburgh International Festival hit, The Lady from the Sea (2012), and Handel’s Orlando (2011), is shaping the Dutchman as a very real person.

“The Dutchman’s predicament is that he needs to be fulfilled; he is looking for a wife, a child, a hearth,” said Fehr.

The relationship between him and Senta, usually portrayed within the realm of the mythical, will come to life through two flesh-and-blood characters. Linbury prize winner, Tom Scutt, designs the production.

Francesco Corti, Scottish Opera’s director of music and conductor, said: “Wagner was in his 30s when he wrote the piece and it shows.

“The music is ridden with the power and energy of a young man and Act Three is still one of the most incredible operatic moments ever written.

“The score is bursting with romantic notes which are much more incisive than his previous music, and with a rich naturalistic texture; in it you can hear the wind blowing, waves crashing on the shore and the throwing of anchors overboard.”

Marking the 200th anniversary of the composer’s birth, this is the company’s first foray into Wagner since 2003.

Baritone, Peteris Eglitis, known internationally for his Wagnerian roles, is The Dutchman. Soprano, Rachel Nicholls, tipped by The Times newspaper as the ‘name to watch’ in 2013, sings the role of Senta for the first time. Bass, Scott Wilde, takes on the role of Donald (Daland) and tenor, Julian Galvin, steps into the character of Georg (Erik).

This production is generously supported by The Alexander Gibson Circle and the Peter Moores Foundation.

The Peter Moores Foundation, set up by Sir Peter Moores in 1964, will conclude 50 years of charitable activities with a SWANSONG Project taking place between 2013 and 2015, and involving eight of the UK opera companies with which the Foundation has been most closely associated. Scottish Opera is one of the companies supported by SWANSONG.

Sir Peter Moore’s philanthropy has been crucial to the development of so much of what has always been considered important at Scottish Opera: commissioning and performing new work, investment in young talent and the staging of lesser known works.  He was on the board of Scottish Opera between 1988 and 1992.

Sung in German with English supertitles