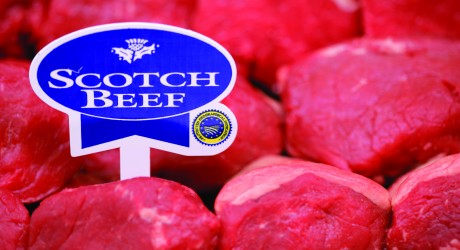 A SURVEY by Quality Meat Scotland (QMS) has revealed 92 per cent of butchers’ shops have experienced increased footfall during February (23 Jan – 23 Feb), following the media coverage of the horsemeat issue.

The QMS email survey of around 300 members of the Scotch Butchers Club also revealed that 95 per cent of butchers believe customers’ trust in the Scotch Beef brand has increased in the wake of the horsemeat issue.

Of the 38 butcher respondents, 95 per cent said customers have been taking a greater interest in the source of meat.

Furthermore, when asked, ‘During the past month, have your customers taken more of an interest in local sourcing?’, 92 per cent of the butcher respondents said Yes.

And 97 per cent of those who responded to the survey said they were ‘proud to sell the Scotch Beef brand to customers with its traceability and quality assurance’.

Jack Broussine, marketing executive, QMS, said the survey results were further welcome evidence of consumer awareness of the credibility and integrity of the Scotch Beef brand.

“Our industry has made a major commitment to traceability and quality assurance from farm to processor which puts our brands – Scotch Beef, Scotch Lamb and Specially Selected Pork – in a strong position at a time like this.

“It is particularly pleasing to see that consumers in Scotland continue to have a high level of trust in the Scotch Beef brand and our butchers are taking great pride in what the Scotch brand stands for.”

Douglas Scott, chief executive of the Scottish Federation of Meat Traders Association, said the survey findings confirm the feedback he has been receiving from members.

“Many butchers are reporting that not only are they seeing existing customers visiting them more frequently they are also seeing completely new faces.

“Many of their new customers are asking a lot of questions about the provenance of meat and how meat products are made.

“Butchers are keen to make the most of this opportunity and ensure their new customers continue to shop with them.”