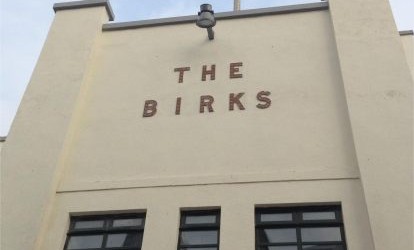 THE long journey to bring the magic of cinema back to Aberfeldy is almost over.

After a 30-year gap, The Birks Cinema is on track for opening to the general public this spring.

After a tremendous fundraising campaign, and a one year £1.3 million construction programme, the modern cinema that will screen the latest blockbuster films will open its doors to the public towards the end of April and plans are in place to hold a series of community events in the run up to the official opening.

As it is a community-led social enterprise, the board of the cinema has decided to offer ‘sneak previews’ to local children, free of charge, and to invite people from all walks of life including local businesses and community groups around Highland Perthshire and Killin to a number of advance screenings.

Charlotte Flower, chair of The Birks Cinema trading company that will run the cinema, said: “Our approach of involving local groups and individuals to come in for a free film is partly intended to ‘test run’ the operations of the cinema and cafe bar, but it is also a statement of our intent – this is a community cinema – it is everybody’s cinema – all those who helped make this a reality are the real stars of the show.

“We want to make sure as many people as possible get the chance to feel that they own just a little bit of it.”

The Birks Cinema group will be inviting over 2,000 schoolchildren and adults to the advance-screening programme. In addition to these free events, a ‘golden ticket’ event is also planned to give people from all over Highland Perthshire the opportunity to win places at special screenings.

More details on this will follow later in March.

The building work inside and out is almost complete and the official handover from the contractor Hadden Construction to the Friends of The Birks Cinema Board is expected towards the end of March.

Paul Foley, general manager of The Birks Cinema, was recruited just before the turn of the year. He has been extremely busy planning, recruiting staff and putting operational systems in place.

Paul said: “I am really excited that the cinema is set to open soon. It has been a huge effort and the contractors, the project team and the members of The Birks Cinema community boards have put in an enormous amount of work.

“In order to deliver the absolute best cinematic experience, the board of directors did their homework and consulted with industry experts to put together a state-of-the-art cinema, screening the latest blockbuster movies at the cutting edge of technical innovation, including 3D and live broadcasts.

“I just can’t wait to get properly started and fling open the doors.”

The Birks Cinema has a number of other plans for special events later in the year and also a special gala night in the summer.