Media Release: Profited from property? Then the taxman cometh 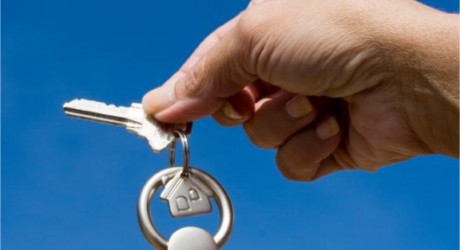 TAYSIDE ESTATE agents and solicitors, Miller Hendry, are urging property owners to seek appropriate professional advice after it emerged that HM Revenue and Customs (HMRC) have launched a campaign to target people who have sold properties that are not their main homes, and who may not have declared any profit made.

Begins a spokesperson: “The Property Sales campaign is aimed at those who have sold or are selling homes in the UK or abroad, where Capital Gains Tax (CGT) should be paid.

“This includes, for example, properties people have sold that were given to them or were inherited, and the sale of holiday homes.

“According to the most recent statistics from the General Register Office for Scotland, the number of properties classified as second homes could be nearly 40,000 (1).

“However, there is a secondary factor of vacant properties (2) which may include buy-to-let and inherited homes that could push that figure even higher.

“People will have until August 9 2013 to tell HMRC about any unpaid tax on property sales, and until September 6 2013 to pay the tax owed.”

Lesley Rance, a tax specialist with Tayside solicitors Miller Hendry, said: “Campaigns provide opportunities for individuals to voluntarily put their tax affairs in order and the Property Sales campaign is the latest in a sequence of similar campaigns encouraging people in targeted groups to come forward.

“Some may not realise that selling a second home, including a holiday home or gifting a property to someone else, are all subject to taxation under Capital Gains Tax legislation.

“It could prove costly to assume HMRC will never find out about the sale. Land registry records, stamp duty land tax returns when a property is bought and sold, banking records and even ‘For Sale’ boards, alert them to the fact.

“This campaign could potentially affect many people in Tayside and our advice to clients is to get in touch if they are at all concerned, so that we can advise them according to their own circumstances.”

The spokesperson added: “If anyone believes they might be affected by this campaign they must tell HMRC by August 9 2013. There are two stages to the process and at this stage they only have to tell HMRC that they will be making a disclosure. The second stage is the disclosure itself which will give details of the amounts involved.

“For those clients who believe that no Capital Gains Tax was due on their property sale but would like the comfort of knowing their affairs are in order, Miller Hendry can review the position and confirm.

“After September 6, HMRC will take a much closer look at the tax affairs of those who have sold properties other than their main home but who appear to have paid no Capital Gains Tax.

“Penalties, or even criminal prosecution, could follow. By using this campaign to come forward voluntarily, people will receive the best possible terms, as any penalty they pay by coming forward voluntarily will be lower than if HMRC comes to them first.”

http://www.gro-scotland.gov.uk/statistics/theme/households/estimates/index.html 2.37 million households in Scotland, 2.8 per cent defined as ‘vacant’.