Media Release: Ageing is not about age, it’s about people 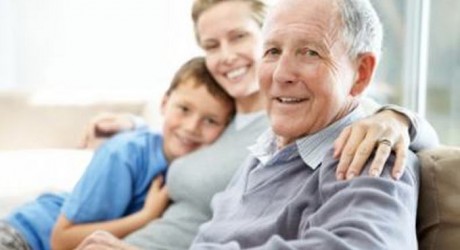 FOLLOWING today’s report by a House of Lords committee, on public service and demographic change – that the UK is ‘woefully underprepared’ for the social and economic challenges presented by an ageing society – family law experts, Miller Hendry, are calling on members of the public to ‘put the person first’ and review what provisions they have in place for their family, considering mechanisms such as power of attorney and guardianship – before it’s too late.

Says a spokesperson: “Advances in healthcare and medicine mean we are living longer. By 2034, 23 per cent of the population is projected to be older than 65.

“While it is undoubtedly good news that many of us will live to a ripe old age, this can present difficulties for families when a relative remains physically fit into their advancing years, but their mental health deteriorates.

“Conditions such as dementia and Alzheimer’s disease are more prevalent in an ageing society.

“Many who suffer from these conditions were once independent, easily able to look after their own finances and make their own decisions, but are now unable to do so and need the help of others.”

The spokesperson adds: “As a result, many families are faced with making tough decisions about how to look after mum or dad’s interests when they reach this stage.”

Richard Frenz, partner with Miller Hendry, said: “A power of attorney authorises another person to act on another individual’s behalf when that person becomes so unwell that they are unable to handle their own affairs.

“However, it can only be granted while they are mentally capable to assign that power to a third party.

“In circumstances where it has been left too late to issue a power of attorney, it can leave the individual especially vulnerable.

The Adults with Incapacity (Scotland) Act 2000 offers a solution to this problem.

Under this act, those close to someone who has become mentally incapacitated can apply to the court to be appointed as their guardian.

The court can grant:

• A welfare guardianship order to enable someone to look after a loved one’s welfare (and make decisions about, for example, where that person should live);

• A financial guardianship order to look after their finances (including, for example, the power to sell their home to meet care costs); or

Continued the spokesperson: “The person appointed guardian can be someone close to the incapable adult, such as a spouse or child, or it can be a professional, such as a solicitor, who is nominated by the family to look after their financial affairs.

“The Scottish Legal Aid Board (SLAB) does not currently means-test the award of legal aid, which means that SLAB meets the entire legal costs of most guardianship applications.

“The result is that most families can instruct a solicitor at no cost to themselves or to the individual they wish to represent.

“Guardianship applications are not only restricted to the elderly.

“Anyone with a child who has special needs and who is approaching adulthood should also consider applying for a guardianship order.

“There are strict time limits that apply to applications for guardianship orders and professional legal advice at an early stage is recommended.”