Media Release: Rambert Dance Company returns to Inverness with a Labyrinth of Love! 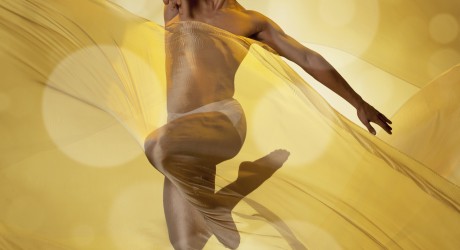 It is set to a commissioned score by one of America’s most performed composers, Michael Daugherty, and accompanied live on stage by a soprano.

Labyrinth of Love is Marguerite Donlon’s debut work for Rambert and her first large scale work in the UK. Marguerite is currently director of Ballet at the Saarländischen Staatstheater, Germany (Donlon Dance Company) for whom recent successes include Giselle: Reloaded, Faust and L’Enfant et les Sortilèges.

Previously, Marguerite danced with the Deutsche Oper Berlin and English National Ballet and during this time she was coached by many world-renowned artists including Natalia Makarova, Rudolf Nureyev and Sir Kenneth MacMillan.

The score for Labyrinth of Love is written by Grammy Award-winning composer Michael Daugherty, who first came to international attention for his symphony Metropolis and is cited by the League of American Orchestras as one of the ten most performed living American composers.

Past scores have paid musical homage to icons of contemporary pop culture: Liberace, Elvis Presley, Jackie Onassis, even Barbie and Superman. The score was a joint commission between Rambert and Present Music, Wisconsin.

It will be sung by soprano Kirsty Hopkins, who performs as a soloist and consort singer all over the world, at venues including the Usher Hall, Edinburgh, Sydney Opera House and Hong Kong Cultural Centre.

In addition, Rambert will perform the following repertoire as part of its Labyrinth of Love Tour 2013:

Inspired by Debussy’s languorous and shimmering score and considered to be one of the first modern ballets, L’Après-midi d’un faune, created for Diaghilev’s Ballets Russes, caused a furore at its first performance 100 years ago.

The Rambert version of Vaslav Nijinsky’s seminal short ballet is revived by the Company for the first time in almost 30 years.

In What Wild Ecstasy innate sexual attraction drives men and women to size each other up on the dancefloor in a primal ritual, as nature’s powerful forces take over.

Mark Baldwin’s brand new modern-day take on L’Après-midi d’un faune is set to a pulsing and feral score by Gavin Higgins, commissioned for the 2012 Cultural Olympiad.

Images can be downloaded from rambert.org.uk

Please go to the Press section and enter email: press@rambert.org.uk and password: 1press