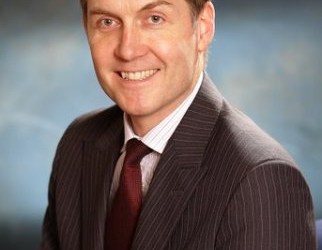 Begins a spokesperson: “Given that over a quarter of the UK’s carbon emissions come from our 26 million domestic residential dwellings, there is a national need to make energy efficient improvements to our housing stock.

“Green Deal is designed to help home owners employ more green technologies in their properties, with the chief benefit for doing so being a reduction in their utility bills.”

Ian Fergusson, managing partner at Shepherd, said: “Given the pending shortage of electricity as coal fired production is set to go offline, resulting in a heavy reliance on gas imports to fire electricity production and rising utility bills as we compete in a global market for gas, many homeowners might wish to consider making energy efficient improvements to their properties.

“Improvements such as cavity wall insulation or photo-voltaic panels should help reduce a property’s utility bill and Green Deal offers a loan for any homeowner seeking financial assistance.”

But Fergusson pointed out that any Green Deal loan remains with the property on change of ownership rather than with the homeowner who took it out.

“The ‘golden rule’ of the Green Deal is that any loan repayments should be matched by a similar reduction in utility charges following any insulation improvements; however, factors such as different occupier living styles and the seemingly endless increase in energy charges may make this unachievable,” he said.

“It will be the responsibility of the selling agent to advise a potential new owner or tenant about the existence of any Green Deal attached to a property and, should they fail to do so, they will be held liable for a penalty.”

Any works carried out under the Green Deal scheme are based on an Energy Assessment) which will measure the likely reduction in energy costs resulting from the works and compare these to the cost of the Green Deal finance.

Only if the former exceeds the latter, the so-called ‘golden rule’, will the improvements be eligible for Green Deal.

Shepherd has fully qualified chartered surveyors throughout the country able to provide EPCs and further advice.