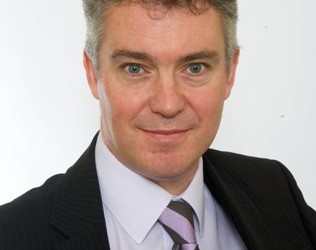 LEADING independent accountancy firm French Duncan is urging UK residents with Swiss bank deposits to complete the new UK – Swiss Confederation Taxation Cooperation Agreement forms ahead of the 31st May deadline if they wish to avoid the possibility of a costly tax charge.

Andrew Ford, tax director at French Duncan specialising in private client matters, said: “The 31st of May is a key date in the calendar for anyone with a Swiss account or investments held by a Swiss financial institution, as it is the date on which a one off charge of between 21 per cent and 41 per centof the value of the account or investment will be deducted and paid to HM Revenue and Customs, unless the institution has been given the authority to disclose the account holder’s identity and investment details to HM Revenue and Customs.”

Ford emphasises that the deduction will be from the capital value, rather than the profit element, of the account or investment.

“In addition to the one-off charge, there is then an ongoing withholding tax consequence of non-disclosure of 27 per cent for capital gains, 40 per cent for dividends and 48 per cent on interest.

“There are special rules for individuals who are not domiciled in the UK and are taxed only on income or gains remitted to the UK.”

The Swiss banks sent their customers’ letters last autumn requesting the authority to disclose before the cooperation agreement came into effect at the start of this year.

According to Ford, individuals whose tax affairs are up-to-date and accurate would have had no difficulty completing these. Non-compliant individuals may have decided to take time to consider their response, as the charge arising under the Swiss Agreement does not necessarily provide full absolution from historic UK tax liabilities.

However, Ford suggests that the time for thinking about it is running out.

“If there are historic tax liabilities, then making a disclosure under the Leichtenstein Disclosure Facility may provide protection from prosecution and an overall lower cost than accepting a charge under the Cooperation Agreement,” he said.

“This cannot be ignored and professional advice is essential to fully understand the rights and obligations brought about by these rules.

“We know that many of these forms have been sent to individuals around Scotland’s central belt and I understand some have yet to be returned. Some individuals may not yet have taken professional advice on this matter.”

Ford stresses that failure to return the forms, or to attempt to complete them without professional advice could prove very costly.