Media Release: NTS and Tiffany bring cult Swedish film, Let the Right One In, to the Scottish stage for UK Premiere 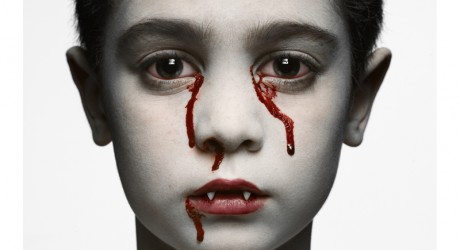 Let the Right One In

TONY and Olivier Award-winning director, John Tiffany heads up a world-class creative team to bring the cult Swedish romantic horror film, Let the Right One In, to the Scottish stage.

The production is playing at Dundee Rep Theatre in June 2013 by arrangement with Marla Rubin (producer of The Mountaintop, Laurence Olivier Award for Best New Play, 2010) and leading West End theatre and film producer, Bill Kenwright, in association with Dundee Rep Theatre.

Rubin and Kenwright previously produced the stage adaptation of another successful cult Scandinavian film, Festen, in 2004.

Let the Right One In is a tender, funny and brutal love story following the burgeoning relationship between Oskar, a lonely, bullied teenage boy and Eli, a young, centuries-old young vampire who befriends him.

John will be working with Steven Hoggett as Associate Director; the two previously worked together on Black Watch and The Bacchae for the National Theatre of Scotland and most recently on Once (winner of eight Tony awards and currently playing on Broadway and the West End).

The production will feature John and Steven’s trademark high physicality and lyricism in the telling of this horror story and music by Icelandic composer Ólafur Arnalds, who recently created the score for the successful ITV detective series Broadchurch.

The adaption of John Ajvide Lindqvist’s novel and film is by Jack Thorne, one of the original creators and writers of hit Channel 4 show, Skins, who in May last year, uniquely won writing BAFTAs for both The Fades and This Is England ’88. Jack has also recently adapted for stage, Alexander Masters’ bestselling debut novel Stuart: A Life Backwards which will premiere at the Edinburgh Festival Fringe this August.

John Tiffany’s previous work for the National Theatre of Scotland includes Macbeth, Enquirer, The Missing, Peter Pan, The House of Bernarda Alba, Transform Caithness: Hunter, Be Near Me, Nobody Will Ever Forgive Us, The Bacchae, Black Watch, Elizabeth Gordon Quinn and Home: Glasgow.

John Tiffany has recently been appointed associate director at the Royal Court. He previously held this post at the National Theatre of Scotland from 2005 to 2012.

Other is a transmedia community project inspired by Let The Right One In and by the city of Dundee itself. Other is a creative project which has included a 48-hour short film challenge entitled Two Days of Darkness, writing workshops, a games jam which invited developers to design a new game, and an online scrapbook. Other will culminate in the creation of the National Theatre of Scotland’s first ever iPhone app – a location-based alternative-reality sound adventure game, leading users on their own horror journey through the “other” Dundee. For further information visit www.otherdundee.com.

The game has been created in partnership with Dundee based independent games development studio Quartic Llama, in association with University of Abertay Dundee and Dundee Rep and with support from Arts & Business Scotland.

Lorraine has previously worked with the National Theatre of Scotland on Men Should Weep (2011) and Beautiful Burnout (2010). Lorraine’s first foray into professional acting was in 1998 in Ken Loach’s award-winning film My Name is Joe. Prior to this, she focussed on being a vocalist, musician and songwriter with Deacon Blue, who released the album The Hipsters in 2012. She is now also part of the duo McIntoshRoss with her husband Ricky Ross. Other theatre credits include Sixteen (Arches) and Mum’s the Word (Robert C Kelly Productions). Television work includes Happy Holidays, Hope Springs, Taggart, Psychos, Life Support and three years as a regular cast member on BBC Scotland’s River City. Film work includes Wilbur Wants to Kill Himself and Aberdeen.

Rebecca is soon to be appearing in the third season of the popular ITV detective drama, Vera starring acting legend Brenda Blethyn and David Leon. She has worked with the National Theatre of Scotland on The Wheel (2011), Little Otik (2008), 365 (2008). Rebecca recently played the role of Lucy in The Lion, The Witch and the Wardrobe (Threesixty) in 2012.

Cristian has recently graduated from the Royal Conservatoire of Scotland.  Previous theatre credits include Dominic Hill’s King Lear at the Citizens and Paddy Cuneen’s Fleeto.

Paul’s recent credits include Quiz Show at the Traverse, Edinburgh and the film Shell. He has worked with the National Theatre of Scotland previously on The Wheel. Other theatre credits include What We Know, The Slab Boys Trilogy, Gagarin Way, Passing Places (Traverse, Edinburgh), Romeo and Juliet, The Talented Mr Ripley, If Destroyed True (Dundee Rep), Strawberries in January, Crave (Paines Plough), San Diego, The Tempest (Tron, Glasgow), Mainstream and Timeless ( Suspect Culture). Other film and TV credits include Believe, Perfect Sense, Hope Springs, The Bill, Taggart, Nightlife, Cardiac Arrest, The Jacobites, Sweetest Feeling and Tinseltown.

Angus Miller is also making his professional theatre debut with the National Theatre of Scotland. He has recently graduated from Drama Centre London, and is delighted to be debuting in his home town of Dundee.

Chris has appeared in many roles on TV. Recent TV productions include Game Of Thrones (HBO), Eastenders, Hidden and Silent Witness for the BBC and Homefront for ITV.

Stuart made his professional debut in the 2012 tour of Beautiful Burnout for the National Theatre of Scotland and Frantic Assembly. Film and television credits include How Not to Live Your Life (BBC3) and Richard II (BYFA).

An age guide of 15 + is suggested for this production.

All other performances: £13 – £17 (concessions available)