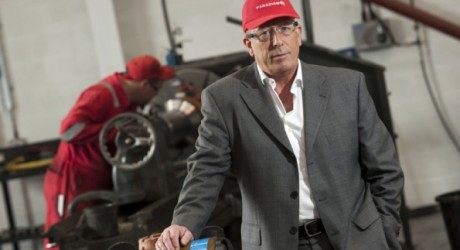 AN Aberdeenshire drilling tool, engineering and manufacturing company based on the outskirts of Inverurie, has doubled its turnover in the past year.

Paradigm Drilling Services, reported a rise in turnover from £1.9 million in 2011 to almost £4 million in 2012. The company is now investing a further £1 million of capital into additional manufacturing capacity and rental assets at its base at the Thainstone Business Park, near Inverurie.

Established in 2009, the specialist North-east drilling services firm, currently employs 45 members of staff at its offices and workshop premises near Inverurie, and plans are also underway to recruit ten new members of staff by the end of 2013.

Paradigm Drilling Services chair and CEO, Fraser Innes, said: “We have had an extremely strong start to 2013, securing new contracts in a number of regions across the globe, and the additional capital investment will allow the company to continue the development programme of innovative downhole tools as well as increasing manufacturing capacity.

“The business has come a long way since its inception in 2009, when we started with just three members of staff and, due to a number of contract awards, it is essential we continue to grow our workforce to meet the increasing demand for our products and services.”

Paradigm Drilling Services, which is American Petroleum Institute (API) accredited, designs, manufactures and services all types of drilling equipment and downhole tools for a number of the world’s leading oilfield service and directional drilling companies.

This is in addition to the introduction of a range of proprietary and, in many cases, patented drilling tools.

The company, which is part of the Paradigm Group of companies, also manufacture, service and repair a wide range of downhole tools and fishing equipment to API-7 and NS-1/2 standard.