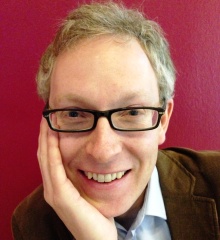 THE Royal Scottish National Orchestra (RSNO) has made three significant appointments to develop its creative partnerships and artistic planning.

Manus Carey, currently head of creative programming at Manchester Camerata, joins the orchestra as executive producer, and takes up his role on 1 August.

For nearly six years, Manus has been in the central strategic and developmental role with Manchester Camerata, during which time he has led on numerous changes in the organisation, and developed a range of new initiatives and strategies.

As executive producer, Manus will be responsible for working with the chief executive and the music director to realise the vision for the development of the RSNO’s artistic and creative partnerships and programmes and to develop its artistic policy.

As a creative arts professional with experience in classical music, artist management and broadcasting, Amy Glover joins from the BBC, appointed as artistic planning manager, and will be in post from 17 June. Amy will report to the executive producer and will research and advise on the programming of repertoire, liaising and contracting with artists and their agents, and planning rehearsal, concert and activity schedules in partnership with the Presentation and Operations Department.

Nick Lander, RSNO concerts and tours manager since March 2008, is promoted to the new position of director of presentation and operations, and will be responsible for the operation of the orchestra’s new home, and overall design, management, coordination and delivery of all Orchestra and ensemble concerts, tours, recordings and broadcasts.

The posts are new and integral to the organisation’s administrational management in preparation of its move to a purpose-built facility in Glasgow’s city centre and the achievement of its strategic goals to 2020 and beyond.

New RSNO executive producer, Manus Carey: “I am looking forward to working closely with this fantastic orchestra and music director, Peter Oundjian. Glasgow is such a vibrant city in which to be based and I am excited about contributing to the orchestra’s artistic development within the city as well as throughout Scotland and further afield.”

New RSNO artistic planning manager, Amy Glover: “I am delighted to be joining the RSNO at the start of such an exciting new Season. It’s been an absolute pleasure building a relationship with the orchestra during my time at the BBC and I’m looking forward to becoming part of the RSNO team as the orchestra reaches out to new audiences with its imaginative programming.”

RSNO chief executive, Michael Elliott: “We are fortunate in attracting such proven talent as Manus and Amy to the RSNO. Both have excellent academic, performance and professional qualifications and experience in music, and both have built an exceptional creative and management reputation.

“Together with Nick’s appointment, their experience will prove invaluable to the organisation going forward, as we prepare to move into our new home and extend our reach, creative partnerships, artistic ambitions, and engagement with Scotland’s audiences and communities.”

MEDIA RELEASE posted by RSNO. You too can post media releases (aka press releases) on allmediascotland.com. For more information, email here.