Media Release: Dancing with pride and passion at the Gaiety 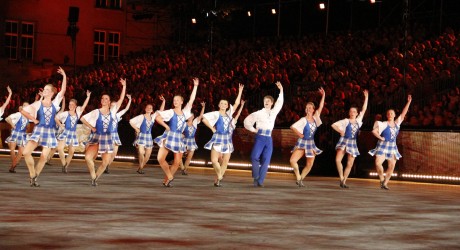 ONE of Scotland’s most successful dance school takes to the Gaiety Theatre’s stage this weekend for Pride and Passion – a showcase of traditional and choreographed dance.

Performing to a variety of music, the Aileen Robertson School of Dancing will show off their fabulous dancing talents in a two-night run on Friday and Saturday, June 7 and 8 in the main theatre (7.30pm).

Aileen is dance director of the Ailsa Craig Highland Dancers who have travelled extensively overseas to feature in many international tattoos.

A three-times world champion highland dancer, Aileen Robertson opened her school in Ayr 30 years ago. The school has grown to be one of the most successful Highland Dance schools in the world holding the UK, British, Commonwealth, European, Scottish and North American titles.

The group have performed across the globe, including the inaugural Las Vegas Tattoo and have danced on stage with the Red Hot Chilli Pipers and performed for Scottish Television in a recent documentary, ‘Made in Scotland’.

Dancers from the school have also performed at the opening ceremony of the Six Nations Rugby tournament and at a host of important local events, including many appearances in panto at the Gaiety.

Later this year, representatives from the Ailsa Craig team have been selected to perform as part of an International Dance Team at the Basel Tattoo in July, with Aileen joining the girls as assistant dance director, and in November the whole team will perform once again at the Berlin Tattoo.