Media Release: The Scottish Album of the Year shortlist is announced 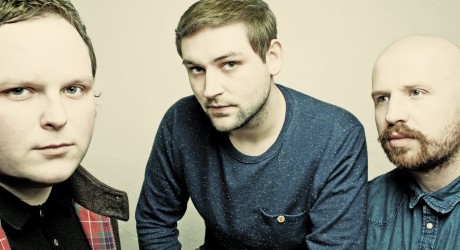 WINNING ARTIST SET TO RECEIVE £20,000 AT AN AWARD CEREMONY TO BE HELD AT BARROWLANDS ON THU 20 JUNE

THE Scottish Music Industry Association [SMIA] is delighted to announce the shortlist for this year’s Scottish Album of the Year Award. The ten albums that have made it to the shortlist represent the breadth and wealth of work that is being made and produced in Scotland.

Chairing the independent panel of judges, Glasgow academic, John Williamson, said: “Although there was a strong longlist including some hugely commercially successful albums, the ten chosen for the short list are those that best reflect the range of music made by Scottish artists in 2012.

“It includes debut albums and ones by people who have been making music for 30 years; solo albums and collaborative projects; genres from folk music to hip-hop. It is perhaps a measure of the collective quality that it is hard to see an obvious winner from the ten.”

He added: “While on the surface they may not have much in common beyond their Scottish connections, it strikes me that each of these albums was coherently and lovingly made by artists with a clear vision of what they were trying to do.

“The list is merely a reflection of who, in the judges’ opinion, executed that vision best. Across each of the albums there are great songs, voices and instrumental performances. If the award can get some of these incredible records more widely heard – not only in Scotland, but around the world, then it will have done its job.”

The SAY award shortlist is: (in alphabetical order)

Meursault Something For The Weakened

The Twilight Sad No One Can Ever Know (Public Vote winner)

The 24-hour voting window on Monday saw The Twilight Sad being voted on to the shortlist by the Public. James Alexander Graham said: “Thank you very much to everyone who voted for No One Can Ever Know in the public vote. Our third record saw us develop our sound in different ways than before. We always try to push our music forward. From the outside looking in that can be seen to be a risk and there’s a chance that people that like your band might not move forward with you, but not too us. If we aren’t pushing ourselves, we aren’t doing our job right.”

He added: “We’ve been very lucky that people have embraced the Album, so for this record to be included in the shortlist for The SAY Award is very humbling and we’re extremely proud to have been included. 2012 was a great year for Scottish music so for No One Can Ever Know to be seen as one of the ten best records our country produced is amazing!”

Caroline Parkinson, director of Creative Development, Creative Scotland, said: “Congratulations to the ten shortlisted acts of the SAY Award. It’s great to see Scotland’s talented musicians being recognised and rewarded for their hard work and their great albums. We wish them all the best for the 20 June.”

Suzy Clark, brand manager, Dewar’s: “This is a great day for Scottish music: the diversity of the shortlist really does showcase the best of Scottish talent, something we at Dewar’s are very proud to be part of.”

Peter Leathem, CEO, PPL: “PPL would like to congratulate the ten acts that have been shortlisted. These are a fantastic and eclectic mix which truly reflect the diversity of Scotland’s music scene. We are looking forward to what will undoubtedly be a fun filled and exciting night on the 20th June.”

Ian Manson, chief executive, Clyde Gateway: “This tremendous shortlist with its mix of new and long-established artists is further evidence that the music industry in Scotland is especially rich in talent right now. I’m looking forward to welcoming everyone next month to what will undoubtedly be yet another memorable, special and historic occasion here in Glasgow’s East End.”

For further information, interviews and photographs: