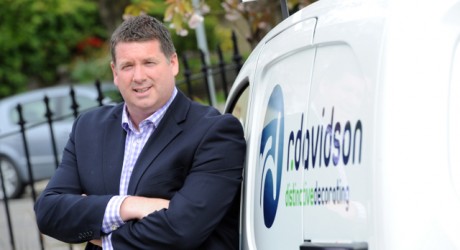 AN established Royal Deeside painting and decorating firm has reached the finals of an industry awards ceremony.

R Davidson Painter & Decorator, which is based in Banchory, is in the running for the Best Trader Business (with 11+ employees) at the inaugural Trades Awards being held in Aberdeen in June.

The awards celebrate outstanding North-east organisations that have shown commitment to providing the highest quality in workmanship and customer service within the construction industry.

Established in 1930, R Davidson is one of the North-east’s longest established home improvement contractors.

The firm, which employs 75 full-time members of staff, specialises in delivering bespoke painting, decorating and ames taping services for the private domestic and commercial markets.

With a range of major commercial clients, the firm has worked on some of Aberdeen’s most prestigious developments, including the renovation of the city’s Marischal College.

Managing director of R Davidson, Trevor Mutch, said: “Reaching the finals of these awards is a great achievement for the business and the team.

“The construction industry has experienced hard times recently so this is great recognition to everyone in R Davidson who has worked so hard to continue delivering an excellent service to our clients through challenging times.

“It’s also an honour to be in the finals with some other successful local businesses.”

The winners of the Trades Awards will be announced at a ceremony being held at Pittodrie Stadium on 6 June.