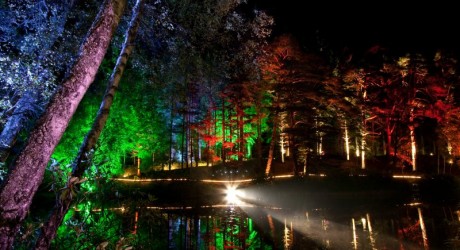 OVER  30,000 tickets have gone on sale this weekend for the multi-award winning sound and light show, The Enchanted Forest.

Responding to burgeoning demand for the event that attracted almost 31,000 visitors in 2012, organisers have announced an extension to the event’s usual 23-night run to include an additional night to cater for tourists holidaying in the area during the English mid-term holidays.

The 2013 show, absorb, has been designed by Scottish lighting designer Kate Bonney and sound designer RJ McConnell, and will include a new orchestral piece which has been specially commissioned, by composer John Beales.

Derek Allan, creative director of The Enchanted Forest commented: “We are looking forward to this year’s event which will be held in the glorious autumnal setting of Faskally Wood.

“It’s always a challenge for the creative team to reinvent the canvas of the event but we have been working on some very exciting concepts for this year’s show which we are certain will deliver the wow factor that our customers expect from us as well as showing new aspects of Faskally Wood that returning visitors may never have seen before.”

Tickets are now on sale to the general public. For further information please visit www.EnchantedForest.org.uk