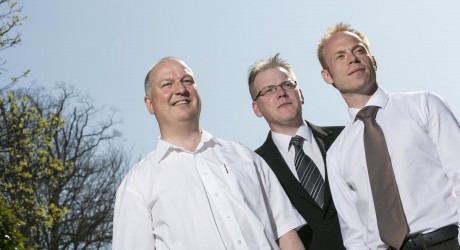 AN Aberdeen-based engineering consultant, which has been nominated for a major business award, is set to take its engineering design and analysis services to the global energy market.

Established in Aberdeen in 2010, Apollo Offshore Engineering has seen rapid growth in demand for its engineering services.

The ambitious outfit now employs 40 staff and is on target to double turnover this year to over £3.2million, which is in line with a domestic and international growth plan to employ 100 staff and generate profitable revenues of £10million by the end of 2015.

With UK offices in Aberdeen, London, Nottingham and Darlington, Apollo’s plan to internationalise is now well advanced and its first international office will be operational by the end of 2013.

Apollo is a finalist in the prestigious Grampian Business Awards in the Business Success Under Three Years category, marking the growth of the company.

Managing director, Jonathan D’Arcy, said: “Apollo’s achievements to date are testament to the result of the hard work and competence of its people, and of their commitment to providing our great clients with easy access to our highly-skilled engineering capability.

“It is a huge morale boost to be participating in the final stages of the Grampian Awards for Business Excellence and for our efforts to be recognised by the wider business community.”

The awards which are organised by Enterprise North East Trust and sponsored by RBS – Ahead for Business, alongside Business Gateway, Aberdeen City Council and Aberdeenshire Council, culminates with an awards ceremony on Thursday 27th of June 2013 at the Mercure Ardoe House Hotel.