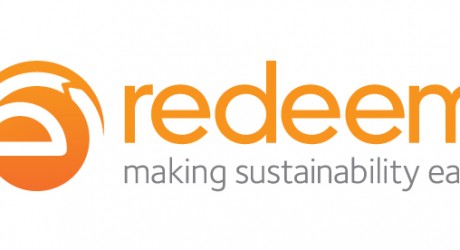 LEADING mobile recycler, Redeem Holdings Limited, is delighted to announce that payments to O2 customers (a subsidiary of Telefónica S.A) for traded-in mobile phones has exceeded £50 million since they launched O2 Recycle.

Redeem in partnership with O2 created O2recycle.co.uk in 2009.

The specialist wholesale recommerce and recycling company won the business with an ambitious three-tier plan that laid the foundations for today’s partnership.

The first element was a commitment to pay out more to customers regardless of the network they were on.

Thirdly, Redeem had the marketing and collection systems for large scale corporate electronic recycling that could be re-branded to provide a better experience for O2’s customers.

Those systems have now evolved into a full multi-channel solution using innovative software to market and manage the collection and processing of traded-in handsets online and from retail outlets. The company also manages world class data-wiping and refurbishment of the handsets, plus their ultimate resale or recycling.This system means no handsets go into landfill sites.

Redeem’s commitment to O2 was further rewarded as their service was extended to their Voice channel and last year, they helped establish O2’s first corporate recycling channel plus introduced mobile recycling to Slovakia with O2’s parent company, Telefónica.

Claes Svensson, CEO of Redeem, says: “We are delighted to have come this far with Telefónica. Since we started out at the beginning of 2009, we have become fully embedded as a partner within Telefónica’s UK business.

“To say we’ve paid customers over £50 million and have contributed over £2 million to Think Big is an incredible achievement. It epitomises the hard work that has gone in from everyone at Redeem and Telefónica to make our proposition such a success.”

He continued: “It’s encouraging to see that both parties realise the strength of O2 Recycle as a unique selling proposition.

“Key changes are increasing the importance of mobile handsets’ trade-in prices. The O2 Refresh tariff launch has already increased demand for the latest technology and that will further increase with arrival of O2’s 4G network due to launch this summer.

“All of this means the trade-in value of handsets has become a critical part of the smartphone purchasing decision, regardless of the network.

“Looking forward, we will continue to innovate and drive excellence in customer experience throughout the Telefónica regions in which we operate.”

Redeem is already the UK’s fastest growing recommerce company* and the largest mobile network operators (MNO) mobile recycler in Europe, thanks to its partnership with Telefónica. In the competitive recommerce market for used mobile handsets, Redeem has carved a niche specialising in helping MNOs attract and retain their customers.

They do this by marketing high value trade-in deals for used equipment, allowing MNO customers to trade-up to the latest smartphones.

Redeem also extracts the maximum value from the recycled electronic equipment for MNOs through a global network of strategic partnerships.

O2 donate all the proceeds of their recycling scheme to their Think Big initiative, which supports young people and community activities.

Think Big is a major pillar in Telefónica’s outstanding overall environmental performance. Last month Telefónica was named the foremost leader in carbon management among global digital and telecommunications service providers. The company was listed fourth on the ET Europe 300* and fifth ET Global 800#.

Nicky McGroarty, head of Telefónica UK supply chain, added: “Working with Redeem has been a long-standing success as their ethos and commitment to the environment and corporate responsibility is matched by their investment in innovative technology and willingness to offer added value. This approach matches our own commitment to offer the best possible experience to customers.

“As value and affordability becomes central to O2’s continued growth, Redeem, through O2 Recycle, has established a channel that can provide our customers with the opportunity to offset the cost of their new device with the trade-in value of their old device.

“Not only does this align with our strategy of offering customers the best possible experience but it also contributes significantly to our Think Big programmes, something that is close to everyone’s heart at O2.”

# The tables were compiled by the independent NGO: The Environmental Investment Organisation (EIO). Their Environmental Tracking Carbon Ranking series is the only public database of its kind and includes companies based on their market size, irrespective of their green credentials.

With 150 employees in Scotland, England and Hong Kong, the group provides sustainable, data secure, recycling services to MNO and corporate clients throughout Europe, the Middle East and North America.

Redeem has certified ISO 9001 & 14001 compliance as a specialist waste carrier.

*Redeem has won a number of local and national business awards, the most recent being named the UK’s fastest growing recycling company in the Chartered Institute of Waste Management’s Fast 30 list.

Redeem is also on the 2012 Sunday Times Fast Track 100 list which shows that it is the third fastest-growing private company in Scotland and 41st in the UK.

Telefónica is one of the largest telecommunications companies in the world in terms of market capitalisation and number of customers. From this outstanding position in the industry, and with its mobile, fixed and broadband businesses as the key drivers of its growth, Telefónica has focused its strategy on becoming a leading company in the digital world. The company has a significant presence in 24 countries and a customer base that amounts close to 316 million accesses around the world. Telefónica has a strong presence in Spain, Europe and Latin America, where the company focuses an important part of its growth strategy. O2 donates the proceeds of recycling mobile phones to their Think Big youth and environment initiative.