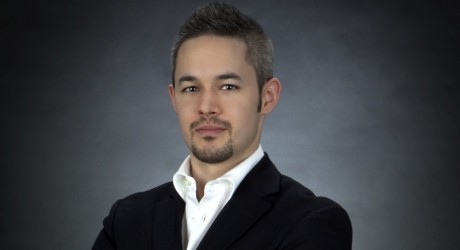 Jean-Claude Picard succeeds Christian Kluxen, who concluded his tenure as assistant conductor with a gala performance at the Caird Hall, Dundee earlier this month.

The RSNO assistant conductorship is now a two-year post, and benefits from the continued support of the John Mather Charitable Trust.

The scheme is a rare opportunity for conductors keen to develop their talent and experience, and previous post-holders have found their time with a major symphony orchestra significantly improved their career prospects.

As RSNO assistant conductor, Jean-Claude Picard will conduct a variety of the orchestra’s concerts, and will also play an active role in engaging audiences and communities throughout Scotland.

In addition to many conducting opportunities, a key aspect of the RSNO’s assistant conductor role is to provide a supportive mentoring and learning environment, through ongoing professional evaluation and guidance from RSNO music director, Peter Oundjian, and player-mentors in the orchestra.

Furthermore, Jean-Claude will have the opportunity to work with many guest conductors, and develop the multi-faceted leadership, organisational and public address skills required of modern conductors.

Said RSNO music director, Peter Oundjian: “We received applications from many talented individuals but Jean-Claude shone through as the clear winner.

“He is already an accomplished musician, having gained experience as a flautist with several ensembles as well as garnering significant exposure on the podium. It is a pleasure to welcome him to the RSNO family. In the coming years he will come to play a vital and rewarding role in the musical life of Scotland, particularly as we prepare to move into our new home.”

New RSNO assistant conductor, Jean-Claude Picard: “I am pleased to be joining the Royal Scottish National Orchestra and look forward to working with Peter Oundjian, Thomas Søndergård, guest conductors, and the orchestra’s fine musicians. I am excited to be moving to Scotland and getting to better know its people and culture.”

Jean-Claude Picard has been a professional musician since 2003, principally a flautist, most recently appearing with the Orchestre de la Suisse Romande and Bergen Philharmonic Orchestra.

He has been conducting professionally since 2007, has worked alongside experts in the field, such as RSNO conductor laureate, Neeme Järvi, Kurt Masur, and Jorma Panula. Jean-Claude has been invited to conduct the Toronto Symphony Orchestra in October 2013.

MEDIA RELEASE posted by RSNO. You too can post media releases (aka press releases) on this site. For more information, email here.