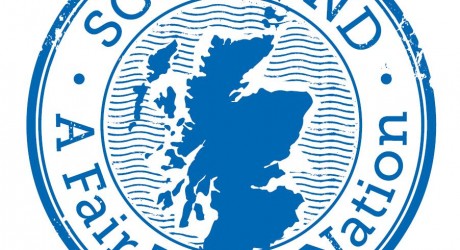 Fair Trade Nation status is a celebration of what has been achieved in Scotland so far by the Fair Trade campaign and a platform to campaign for further change in global trade.

The Festival will be hosted by the Forum in the Station Hotel in Perth, 10am-4pm, Saturday 7 September, and aims to be Scotland’s biggest ever Fair Trade event!

The day will bring together numerous supporters, organisations and members of the public from across Scotland.

It will be an exciting, action-packed and interactive whole day event, with campaigners and sellers from across the country present to share their knowledge and showcase their products.

There will be lots of stalls providing information on many different organisations and campaigns, as well as selling a range of exciting and interesting Fair Trade goods, delicious food, and handmade crafts, including Traidcraft’s exhibition of their range of products, and a film made by campaigners and produced by Forth Valley College will also be premiered.

Says a spokesperson: “We hope the day will provide a valuable opportunity to reflect on the meaning of Fair Trade Nation status and create a space for discussion around the future direction of Fair Trade in Scotland.  With stalls, performances, entertainers and guest speakers, as well as treasure hunts, face painters and other exciting activities for kids (and big kids!), plus free entry, it is sure to be a fun-filled day for all the family!”

Founded in 2007, the Scottish Fair Trade Forum is dedicated to helping Scotland become one of the world’s first Fair Trade Nations. Through its work with the Fairtrade Foundation and other Fair Trade bodies in the UK and beyond, the organisation engages directly with dozens of Fair Trade groups, schools, universities, local authorities and others to support ongoing fair trade activity and encourage it to grow stronger.

MEDIA RELEASE posted by the Scottish Fair Trade Forum. You too can post media releases (aka press releases) on allmediascotland.com. For more information, email here.