Media Release: The affordability and undervaluation of Portugal real estate 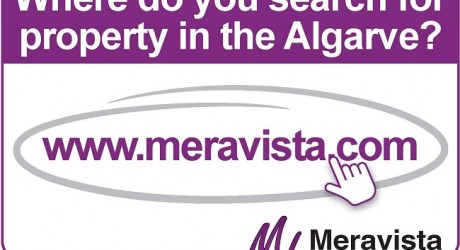 SOME of the best news ever for people interested in buying Portugal property has been published over the last two months.

As of May 2013, the 34-country OECD (Organisation for Economic Co-operation and Development) has listed Portugal as one of the most favourable countries in the world to buy and own real estate.

Not only is Portuguese real estate vastly undervalued, but for both price-to-rent ratio (a measure of the profitability of owning a house) and the price-to-income ratio (a measure of affordability), Portugal is arguably the most attractive country in continental Europe, according to the OECD. 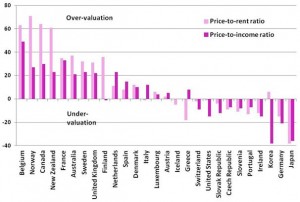 A plot of the OECD’s data gives the percentage of over- or under- valuation of house prices relative to long term averages. The layman’s take-away from all this is that, in Portugal, compared to the past, housing is seven per cent cheaper and earnings from renting are 13 per cent more favourable.

Meravista is a property search website that focuses exclusively on Algarve property, and therefore has a vested interest in tracking the Portugal property market.

Anita van Huson, co-founder of Meravista, says: “Meravista’s database for the past year confirms that Algarve properties which have been reduced in price have done so at range of between ten-30 per cent from their initial offering”.

To illustrate the affordability and value of Portuguese real estate, Statistics Portugal for June 2013 has the bank valuation average cost per square meter of a dwelling in the Algarve as being 1228€/m² and for Portugal as a whole at 996€/m².

Compare this to the average cost of a home in the UK at 2000€/m², or in London, Westminster at 8850€/m² as published in the Telegraph a few months ago.

According to one European survey, only three countries in Europe have a lower price per m² than Portugal: Macedonia, Bulgaria and Moldova. All the more reason to select the Algarve for your retirement.

As global conditions continue to improve, domestic demand within Portugal is improving and economic growth is already showing signs of being on the road to recovery. Portugal’s current account deficit is expected to close by 2014.

Some Meravista real estate agents are confirming an increase in sales in the first half of 2013 compared to the same period in 2012.

Sigrun Vaz doz Santos of Coast & Country homes, located in the popular coastal town of Quarteira, says: “Coast and Country started in 2010 in a very depressed market. However since the start of this year, we have seen the number of enquiries increase by 20 per cent, which demonstrates that the Algarve property market is on the road to recovery.”

Meravista recommends investment now while the Algarve real estate market is at its lowest.

Read more on this subject, and see the charts and tables that demonstrate this data and where the actual numbers for each country can be compared, on Meravista’s blog.

** Contact Meravista for the charts if you wish to include them in this article: anita@meravista.com **

MEDIA RELEASE posted by QueryClick. You too can post media releases on www.allmediascotland.com, by emailing here.