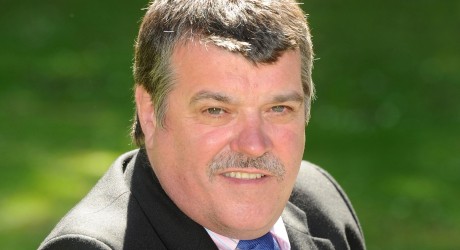 Says a spokesperson: “Overpaying tax can be costly for students living on a tight budget, but there are ways to avoid paying too much, as well as succeeding in receiving a successful tax refund.

“SBP Accountants and Business Advisors – which has offices in Aberdeen, Peterhead, Banff and Fraserburgh – say the tax guidelines regarding students working outwith term time are simple, in principle; however, if they are not implemented properly, it can result in cash-strapped students being inappropriately taxed.”

Tax partner, Alan Masson, said: “There is a common misconception that students don’t have to pay tax. Students do have to pay National Insurance contributions and income tax if they qualify.

“The vast majority of full-time students don’t qualify as they don’t earn more than the annual tax free threshold of £9,440 and therefore won’t pay income tax.

“Complications arise when students work seasonally during the holidays and end up paying a tax rate based on their estimated annual earnings as if they worked 52 weeks of the year.”

For example, if a student works for ten weeks of the year and earns £300 a week, they will earn £3,000 in that year which is below the annual threshold of £9,440 so they should not pay any tax for that year.

Tax is calculated as a percentage of yearly earnings so even a seasonal worker on this wage will have tax deducted from their monthly pay cheque unless the right measures are taken.

Here, we take a look at the steps students can take to avoid paying too much tax:

Filling in the forms: Providing the tax office with the right information means they can keep track of your tax. Tax forms can be downloaded from the HMRC website or collected from your local tax office. These are the forms that students need to know about:

P45: Make sure that you receive a P45 from your employer when you leave the job and pass it on to your next employer. This will prevent you going on an emergency tax code.

R85: For students who will be earning less than £9,440 between April 6 2013 and April 5 2014, handing in an R85 for to your bank will stop them from deducting tax on the interest they pay into your account every month.

Claim tax back: For those who have been caught out by these circumstances, it is possible to claim overpaid tax back by contacting HMRC which will assess your situation and arrange a tax rebate if appropriate.

SBP offers a variety of business and accountancy services, including personal and business taxation, as well as a dedicated business services department to cover everything including bookkeeping, VAT and payroll requirements.

Released by Frasermedia on behalf of SBP Chartered Accountants