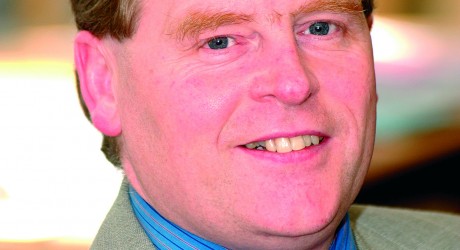 AFTER a month of falling auction and abattoir prices for prime cattle, the indication this week is that prices have stabilised or marginally improved, according to Quality Meat Scotland (QMS).

“The slide in prices over the last month has not been Scotland-specific,” said Stuart Ashworth, QMS head of Economics Services.

“In Ireland, prime cattle prices have been declining slowly for the past two months, while the average price across Europe has also fallen modestly over the past month.

“Indeed, among the major beef producers only France has seen an improvement in price over the past month.”

While a decrease in prices looks like a challenge for producers, this recent fall is likely to be a short-term occurrence.

“From a producer’s point of view there are two reasons for optimism,” said Mr Ashworth.

“Firstly, the supply of cattle to the market continues to be low by historic standards and calf registration data tells us that this is unlikely to change any time soon.

“The second reason is that history tells us that during the peak holiday period of July and August, cattle prices dip for a week or two before recovering,” added Mr Ashworth.

“Last year, steer prices dipped 1.5 per cent during July but recovered the entire decline by the end of August. Indeed, over the past five years, 2011 was the only year that did not show this short term seasonal dip and recovery.”

Processors, in contrast, are likely to point to a slowing retail demand with any growth occurring in the low-value cuts meaning that the realisable value for the whole carcase continues to be under pressure.

“Long-term market research information would confirm the view that growth in sales is only from lower value cuts, but it would also show a distinct seasonal demand pattern for all beef cuts with a low point over the July and August period followed by improving demand to a high point over the December to March period.”

Although domestic cattle supplies remain under pressure, processors are also likely to point to increased beef availability from the Irish Republic.

“Over the past eight weeks Irish abattoir supplies have gone from five per cent ahead of a year ago to 20 per cent, helping to explain the near seven per cent decline in Irish farmgate prices over the past six weeks.

“However, the weakness of sterling is helping to limit the Irish effect and Scottish prices have only declined around two per cent over the same period.”

Irish cattle supplies are expected to hold firm for the remainder of the year.

“Last December the Irish census reported an increase of six per cent in cattle under one year old and 12 per cent in one to two year-old cattle,” commented Mr Ashworth.

“While there has been some increase in the export of live store cattle from Ireland this year, it still seems likely that Irish slaughter supplies will be more than five per cent higher than a year ago for the remainder of the year.”