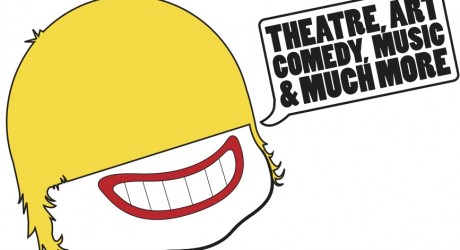 FOLLOWING the huge success of the Edinburgh Fringe Festival, Stirling is creating its own festival to showcase local creative talent.

Founder and director of the Stirling Fringe Festival CIC, Barry McDonald, said: “We hope to put Stirling as much on Scotland’s cultural and artistic map as it is on the historical map.”

The Stirling Fringe Festival is a new festival of the arts in the heart of Scotland. Taking place for the very first time this September 12- 15, the aim of the non-profit festival is to encourage both locals and visitors to engage with all aspects of the arts – whether it’s theatre, comedy, live music, art exhibitions, street performances or children’s show.

Crowdfunding through Bloom VC, one of the UK’s leading real crowdfunding platforms, will allow potential fans the chance to engage with the festival as its being created.

Backers of the project can receive limited edition merchandise, free tickets or even an exclusive invite to the wrap party.

The community interest company decided to crowdfund because it provides a channel for the community to support the festival.

Barry McDonald said: “For us, going down the crowdfunding road was something we’ve considered for a while.

“We’ve received nothing but positive feedback since we announced the festival would take place and people have been keen to offer support.

“This seemed like the ideal way for people who wanted to show support but didn’t know how they could help. This way, even with the smallest of donations, they’ll be making a huge difference.

“We chose to run our campaign through Bloom because the initial support was outstanding.

“They talked us through every step and answered every imaginable question we had. You don’t just click a button and are then left to get on with it – they’re with you every step of the way.”

The project has already raised 21 per cent (£365) of their £1,700 target, and statistics show projects are much more likely to success after hitting the ‘magic 20 per cent’ in the first few days.

The festival looks set to hit target in light of their initial support, especially as various Edinburgh Fringe shows have already been successfully crowdfunded through Bloom, proving that the market appetite is there.

Highlights of the festival will include appearances by comedians Des Clarke, Raymond Mearns, Stu Who and Father Ted star, Michael Redmond.

There is also a live performance of Vivaldi’s Four Season, a concert by the Stirling Gaelic Choir and a special acoustic show from Pete Townshend’s little brother and fellow Who guitarist, Simon Townshend.

Preparations for the festival are well underway, so now all the festival needs is funding from the crowd to cover essential costs.

If you want to find out more about the project, visit their Bloom page here: http://bloomvc.com/project/Stirling-Fringe-Festival

Facebook post: Stirling Fringe is a brand new festival to showcase creative talent, and is seeking funding from the crowd to cover essential costs. http://www.bloomvc.com/project/Stirling-Fringe-Festival