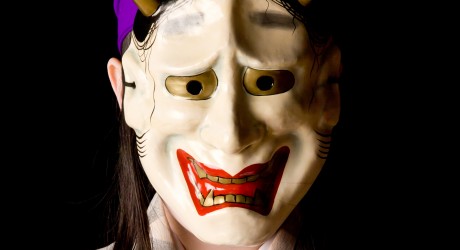 A GROUP of over 20 performers will travel from Okinawa to perform two very different performances at this year’s Edinburgh Festival Fringe, using the same traditional art form.

Says a spokesperson: “The Ryukyu Classic is one of the most famous Kumiodori dance-dramas of the Ryukyu Kingdom and showcases the best Ryukyu folk dance and music from the region.”

It tells the tale of Wakamatsu, a handsome young nobleman who is lost in a remote forest.

As night falls he stumbles upon a house inhabited by a woman and pleads with her to allow him to stay the night. While Wakamatsu sleeps, the woman enters his room and transforms into a demon.

Wakamatsu is then chased by the demon into the forest, fearing for his life. Will Wakamatsu find safety or will he be caught by the demon? The Ryukyu Classic is a spectacular fusion of dance, music, literature and glorious costumes.

It features traditional court dances from the Ryukyu Kingdom as well as music played on the traditional three-stringed sanshin and glorious costumes.

“The story of Furusato (Homeland) is an inspiring tale of love, hardship and hope. In a small Okinawan fishing village, fishermen bravely venture out to sea – until one day a typhoon hits, causing devastation.

“Through traditional song and dance the village recovers from the disaster. One young fisherman from the village decides to travel far to teach the world the special songs of his homeland.

“With the strength of the island and the love of his village burning in his heart, the young man sets sail. Featuring unique Okinawan Eisa dances, powerful karate and an eclectic mix of music, this is a bright, bold physical production for all the family.”

Members of the company will pose for pictures in their traditional Okinawan costumes.

About Ship of the Ryukyu (Okinawa / JAPAN)

Ship of the Ryukyu is a collective of singers and dancers from Okinawa, Japan.

The company’s aim is to introduce the world to Okinawa’s distinctive cultural heritage by presenting traditional and contemporary performing arts from the region. The company has performed all over Asia as well in Europe and America.