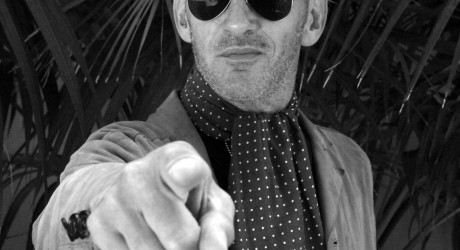 GUITARIST with The Who, Simon Townshend, makes a rare Scottish appearance this week when he performs in Stirling as part of the city’s first-ever Fringe Festival.

A familiar name with an original sound, Simon Townshend is a member of one of British music’s most famous families.

The son of England’s top big-band reed man and baby brother of Who legend, Pete Townshend, Simon has been recording and performing since the age of nine, when he was recruited to add vocals to The Who classic, Tommy.

He went on to successfully release six well received solo CDs and one with the band Casbah Club, featuring Bruce Foxton (The Jam) and Mark Brzezicki (Big Country).

In 2012, Simon released his finest and most impactive solo recording to date, Looking Out Looking In.

In addition to his own music, Simon has been guitarist and vocalist in The Who since 1996, playing sold out tours of Europe, Asia and North America, including monumental performances at the 2010 Super Bowl and the closing ceremonies of the 2012 London Olympics.

He was referred to by one U.S. newspaper as The Who’s ‘secret weapon’.

Since 2009, Simon has accompanied Roger Daltrey on tours of the United Kingdom and North America, including stints with Eric Clapton.

Simon is currently busier than ever, receiving rave reviews for his work on The Who’s Quadrophenia and More Tour.

Townshend said: “It’s going to be great to play in Scotland again. I have never played Stirling. The Stirling Fringe is the perfect gig for me. I’m sure the crowd will be responsive and appreciative and I get to play my songs in a professional environment which is all an artist can ask for.”