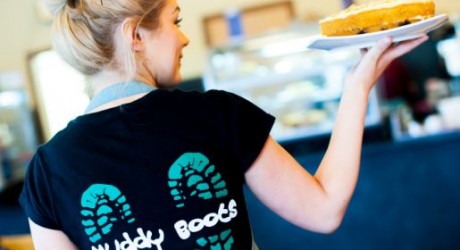 A MOTHER and daughter baking duo from Fife are down to the final for this year’s Scottish Homebaking Awards which take place later this month.

Elise Samson and her daughter, Treina Samson both share a passion for homebaking which has been passed on through the generations of the farming family, alongside some very secret recipes which are now prepared daily for visitors to the Muddy Boots Farm Café in Balmalcolm.

They are delighted that Muddy Boots’ homebaking has made the final slice to go head to head with some of Scotland’s finest master bakers.

Commenting on the shortlisting, Treina Samson said: “We are very excited – these awards are the only ones of their kind in Scotland and truly coveted by those who are passionate about baking.

“Muddy Boots has achieved award status before, after being independently assessed, but has never been selected as a finalist for the annual awards ceremony. I’m really hoping that we can bring home the trophy.

“Being shortlisted as a finalist is fantastic – to win would really be the icing on the cake!”

The duo will have to wait until 21st September before the winners will be revealed at a start-studded event to be held at the magnificent Mar Hall near Glasgow.