Media Release: Free lecture to explore the role of zoos 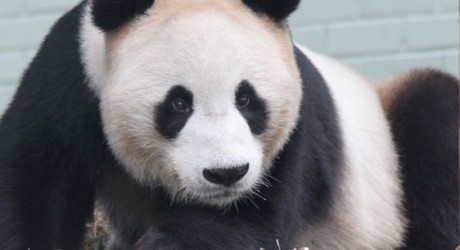 A FREE public lecture taking place in Inverness later this month will look at the role of zoos in modern life.

‘Scotland and its 21st Century Zoos’ will be presented by leading experts from the Royal Zoological Society of Scotland (RZSS).

Chris West, chief executive officer for RZSS, will look at the future of zoos and conservation, while Iain Valentine, director of giant pandas and strategic innovation, will give an insight into the Giant Panda Project at Edinburgh Zoo.

Douglas Richardson, head of living collections at the Society’s Highland Wildlife Park in Kincraig, will focus on RZSS’s commitment to the conservation of Scottish native species.

The talk is being hosted by the University of the Highlands and Islands in celebration of Edinburgh Zoo’s 100th anniversary. The event is part of the University’s ‘Our Guest’ public lecture series which has previously featured talks from BBC political editor, Brian Taylor, and Big Issue founder, John Bird.

One lucky attendee at the event will win a family ticket for two adults and two children for free entry to either Edinburgh Zoo (including an allocated time slot to see the giant pandas) or the Highland Wildlife Park at Kincraig.

Speaking about the forthcoming lecture, Chris West said: “It is a pleasure to have the opportunity to discuss the work of RZSS and its two sites – Edinburgh Zoo and the Highland Wildlife Park – along with my colleagues Iain and Douglas.

“These two examples both highlight the fact that zoos play an increasingly crucial role in creating a genetic reservoir as we face a future of climate change, species extinction and devastating habitat loss on a global scale, as well as providing a unique opportunity to maximise public awareness.”

Dr Sue Engstrand, the university’s subject network leader for science, environment and rural resource management, said: “The university is delighted to host this opportunity to explore the role of zoos, now and in the future.

“In the 100 years since the inception of Edinburgh Zoo, awareness of global biodiversity and the threats it faces has increased. Over this time, public attitudes to zoos and their role in society have changed dramatically.

“The university shares the ambitions of RZSS to inspire interest in the natural world and hence promote conservation, so we look forward to hearing about the many ways RZSS is contributing to the preservation of species, both within its own facilities and in the wider landscape, here in Scotland and across the globe.”

‘Scotland and its 21st Century Zoos’ takes place from 5pm to 7pm on Tuesday 29 October 2013 at the OneTouch Theatre, Eden Court, Inverness.