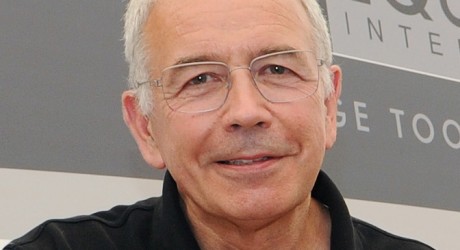 EQUALIZER International, a world-leading designer and developer of flange maintenance tools, is continuing to increase its global presence by extending the agreement with one existing distributor and signing up two new international distributors for its range of products.

Singapore-based Petracarbon PTE Limited has just extended its contract to distribute Equalizer’s products across Singapore in addition to the existing Malaysian market.

An expanding market for Equalizer products comes from its agreement with PHL Sales in Dublin.

The move into the Irish market is a new venture for Equalizer and there will be a particular focus on supplying its tools to sectors outwith the company’s traditional oil and gas industry markets.

These will include Ireland’s power generating industries, water, mining and its renewable energy sectors.

Equalizer is also building its presence in Africa by signing an agreement with Atlantic Bluewater Services, Port Harcourt, Nigeria to supply and distribute its products to the Nigerian oil and gas industry.

Managing director, Ian McCormick, said the new agreements represent Equalizer’s continuing commitment to grow its global distribution network in response to the high interest in the new product ranges brought to market this year and the continuing levels of interest in its wider range of flange maintenance and hydraulic tools.

“We started 2013 with a goal of increasing our international network of distributors and raising our global profile,” he said.

“We introduced our SWi range of flange spreading wedges at the OTC show in May followed by a European launch at Offshore Europe and business has been booming since.

“Working through our US distributor channels, we are already seeing strong sales growth while the considerable interest in the SWi range around the world has generated a very healthy sales pipeline.”

The SWi series is believed to be the world’s most powerful range of flange spreading wedges, capable of generating a world-leading spreading force of up to 25 tonnes.

The range has been designed to decrease downtime and provide a safe, efficient and cost effective way to access and spread flange joints resulting in significant cost and time savings.

• Equalizer International was established in Aberdeen, Scotland in 1994 and opened its Houston office in April 2013.

• It is one of the world’s leading designers and suppliers of flange maintenance tools for the oil and gas, petrochemical, nuclear, power generation, water, mining and renewable energy sectors.

• The company has designed and developed more than 20 flange maintenance tools. It has also developed a range of hand pumps and power lifting tools.

• Equalizer International’s tools are distributed globally to more than 42 countries and are used by many of the world’s biggest energy producers and contractors.

• Equalizer International is a past Scottish winner of the British Chambers of Commerce Outstanding Achievement in Internationalisation Award.