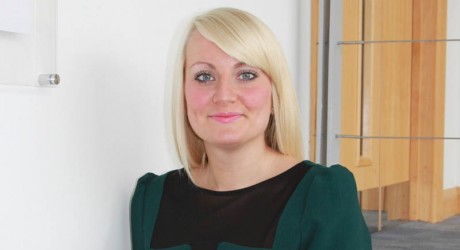 ONE of Scotland’s leading independent employment law, HR and health and safety firms has strengthened its litigation team with a key appointment.

Lesley Rennie has joined Empire, which is headquartered in Aberdeen and also has offices in Glasgow, as a litigation consultant – specialising in marine labour law.

26 year-old Mrs Rennie honed her skills at a private practice, where she advised on employment law matters across a wide range of sectors; including retail, construction, and oil and gas.

The appointment will see Mrs Rennie focus on matters relating to marine labour law, allowing Empire to further expand its portfolio of services and reinforce the company’s position as one of the largest independent employment law providers in the UK.

Earlier this year, in order to accommodate the continued growth of the firm, Empire expanded its operations into the Central Belt by opening an office in the centre of Glasgow.

Managing director at Empire, Steve Cook, said: “Lesley is an experienced litigator who brings with her a wealth of specialist marine and offshore knowledge, which is an area we are looking to expand our operations.

“Whether it is offering employers support in dealing with positive substance screening results or failed medicals, giving guidance on employees who are refusing to return to offshore work in light of safety concerns, or even third parties refusing to have an employee back to work on their vessel, Lesley is perfectly placed to deliver effective support.

“Empire already works with a number of organisations in the marine and offshore sectors and I am sure that Lesley’s specialisms will facilitate further development in this area.”

Mrs Rennie said: “I am really excited to be joining one of Scotland’s leading providers of specialist employment law and HR  support.

“Aberdeen and the surrounding areas host a significant number of marine-based employers and I look forward to working with many of them as employment regulations continue to evolve.”