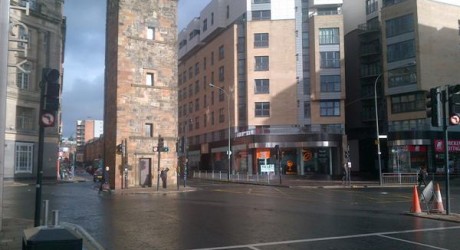 SHEPHERD Chartered Surveyors has sealed a handful of retail property deals in Glasgow city centre in an encouraging sign of a resurgent retail sector.

The firm has let 19A Renfield Street to travel and leisure company Minoan Group for five years on a stepped rent from £32,000 rising to £37,000 in year five.

Occupying a busy location on one of the main arterial bus routes through the city allowing immediate access to the main retail areas, the 1,720 sq ft property also benefits from being part of the central office district.

An 1,800 sq ft retail unit at 8 Wilson Street at its junction with Candleriggs in the heart of the Merchant City has been let to Pastticceria Jo-Jo for five years with rent stepped from £20,000 rising to £21,000.

The 645 sq ft Unit 8 at the Italian Centre, also in the heart of the Merchant City, has been let on behalf of The Carlin McLaughlin UK Property Pension Fund to Elite Brands for £8,000 on a three month rolling license.

And the 740 sq ft Unit 3b at The Merchant Building in Glasgow’s High Street, situated on a busy crossroads between the traditional East End and the Merchant City, has been let by Shepherd as joint agent with Savills to Hair in The City on a stepped rent from £9000 rising to £11,000 in year five.

Scott Grindlay, surveyor at Shepherd, said: “Combined, these deals represent encouraging evidence of a marked resurgence in activity within Glasgow’s city centre retail property sector and raise the prospects for an active commercial property market throughout Glasgow in 2014.”

In addition to these city centre retail lettings, Shepherd has sold a 4,000 sq ft semi-detached industrial warehouse unit on behalf of William Duncan (Business Recovery) to Reid’s Taxis at 31 Shuna Place, Maryhill for £40,000.

Issued on behalf of Shepherd by Liquorice Media tel 0141 297 1699 www.liquorice-media.com