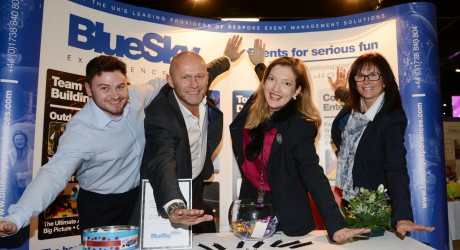 EIGHT of Stavanger’s top PAs made a special visit to Aberdeen to join almost 400 of their Scottish colleagues at Aberdeen PA’s biggest and best showcase to date.

The Winter Showcase – held this year in the AECC because of the increased size – attracted more than a 100 exhibitors including some of the world’s best known hotels, many of which were taking part in the event for the first time.

The Langham in London, inventor of the afternoon tea and home to The Artesian, winner of the Best Bar in the World; The Connaught – a favourite of the Queen Mother; the Four Seasons UK Hotel Collection and HelmsBriscoe, which has its headquarters in Arizona, were all first-time exhibitors.

Invitation-only events, they provide a platform for companies to promote themselves to PAs, administrators and office managers from organisations across all sectors including most of the oil and gas majors based in the city.

They attract an impressive and high level list of exhibitors with sponsors and supporters including Harrods, VisitScotland’s Business Tourism Unit and Eastern Airways which flew the Norwegian contingent to Aberdeen. Other newcomers this year included Mount Stuart on the Isle of Bute, Lathallan School, Glen Garioch Distillery and more than a dozen other companies from across the UK.

The Winter Showcase also marked the launch of the Aberdeen PA Corporate Directory, a listing guide to more than a 100 companies regularly used by PAs.

Rosemary McLennan, director of Aberdeen PA said: “I’m thrilled that almost 400 PA Members attended the Winter Showcase. We believe we offer a unique opportunity for PAs and businesses to network, and we are proud to bring new PAs and exhibitors into the city.”

Aberdeen PA was formed just over three years ago and now has almost 1500 members, with numbers growing daily. In August, Rosemary launched Glasgow PA which now has around 400 members and there are plans to expand further in the future.