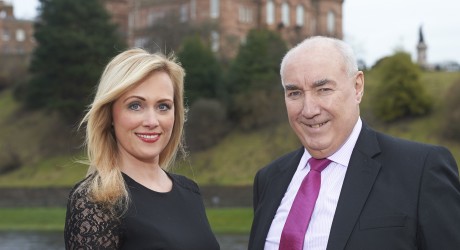 A LEADING Scottish media company has announced the acquisition of an Inverness PR firm.

Frasermedia, which is headquartered in Aberdeen, has concluded a five-figure deal with McAllister Media to expand the business into the Highlands.

McAllister Media was run by former Press & Journal Highland business editor, Bill McAllister, who now joins Frasermedia as PR account director. He will continue to work in the North while supporting the firm’s other client work.

As part of the deal, Mr McAllister’s client list moves over to Frasermedia, which includes a number of high profile Highland-based businesses, such as Tulloch Homes.

It is Frasermedia’s first acquisition since it was launched in 2007 by former broadcast journalist and television newsreader, Pauline Cook. The move increases the team to seven with six based at the Aberdeen headquarters.

The firm manages a range of clients across the North-east and further afield with a number of oil and gas clients with an international presence.

Frasermedia will manage the Inverness operation from an office in the city’s Corrie Lodge and plans to focus on growing the firm’s presence in the north over the next 12 months, while continuing to expand its client base in Aberdeen and the North-east.

Managing director of Frasermedia, Pauline Cook, said: “This acquisition gives us a superb platform to launch into the Highlands and grow our contacts in the North.

“Bill is an extremely well respected journalist and well-connected businessman with an impressive client list and his skills and knowledge will be invaluable for our expansion to Inverness.

“We have already identified a number of Bill’s clients looking to grow their presence in Aberdeen and the North-east while a number of Frasermedia’s existing clients are operating in the North, so there is a great synergy and this partnership will offer fantastic opportunities for all of our clients.

“We are very much looking forward to working more closely with Bill’s clients in the long-term.”

Mr McAllister added: “This is an ideal fit for me at this stage of my career. I’m very pleased to have joined such a fast-growing agency, which offers both me and my clients excellent additional support and synergy. I hope to use my contacts and experience to give Frasermedia a firm foothold in the Highlands and trigger further expansion.

“Looking to the future, my goal is to eventually scale down my activities over the next few years — but right now I’m relishing this new challenge and opportunity.”