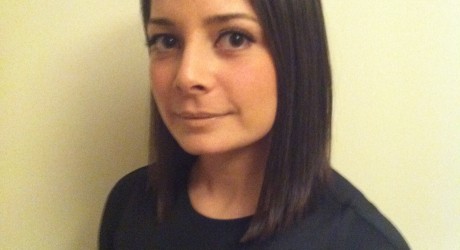 A FORMER events co-ordinator for one of the largest entertainment companies in New Zealand has won a challenging new role with Sodexo Prestige.

Tonee Rota has taken up the role of sales manager at Pittodrie Stadium, the home to Aberdeen Football Club, bringing over seven years of experience working for some of the industry’s biggest names.

Originally from Auckland in New Zealand, Tonee decided to make the 11,000 miles journey after her partner, Joe Lawson, secured a position as outside centre on the Aberdeenshire RFC Team.

She has a degree in event management from Auckland University of Technology and five years experience working for a large entertainment group in New Zealand called SKYCITY, making her a welcome addition to the Sodexo Prestige team.

Tonee also spent 18 months in Las Vegas where she honed her organisational skills through planning events and business conferences for thousands of delegates.

Tonee said: “Organising events has been a passion of mine for several years now and something I take great pride in doing.

“Since I started here with Sodexo Prestige I’ve been able to use my skills and experience in organising large scale events to the club’s advantage, helping grow the events and conferencing side of the business.

“To be part of the team here is an exciting challenge as we have a busy 2014 ahead of us. From weddings and corporate dinners to match day banqueting there is a lot of variety in the work we do, something I have a great deal of experience in.

“Now I just can’t wait to get hands on with all the upcoming events and use my creativity to the club’s advantage through my new role as sales manager.”

In her new role, Tonee will deal with a wide variety of events for the club and concentrate on driving forward new business to the flexible venue.

With nine event rooms with space for ten-400 delegates and 12 syndicate boxes overlooking the pitch, Sodexo Prestige cater for everything from high level meetings and banqueting to training courses for the Aberdeen youth team.

Paul Quick, general manager with Sodexo at Pittodrie, said: “We are delighted to announce Tonee Rota as the new Sodexo Prestige sales manager here at Pittodrie.

“Tonee has years of valuable experience under her belt and she brings a wealth of event organising knowledge to the team here. I’m looking forward to working closely with her in the future and seeing what new, innovative ideas she can bring to the table, helping develop Pittodrie’s profile as one of the north east’s leading conference and catering venues.”

Sodexo Prestige is the corporate dining, hospitality and events division of Sodexo and partners with 17 top class venues in Scotland – and 50 across the UK – including Pittodrie.

Other partners include Hampden stadium, Hamilton Park and Perth race course and the Royal Botanic Garden Edinburgh. Sodexo Prestige also provides catering for The Open Championship, one of the world’s biggest golfing events.

As well as providing match day hospitality at Pittodrie, Sodexo Prestige has helped build up a thriving business in non match day meetings and events including conferences, exhibitions, weddings and private parties.