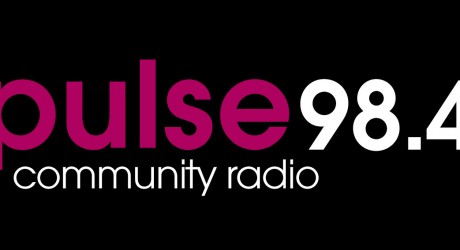 THE first of a series of four gigs aimed at raising the profile of community radio station, Pulse 98.4, will be held next month at The Glad Cafe in Glasgow.

The concerts will also give the station, which is a registered charity, the chance to raise vital funds to finance its continued presence on the airwaves.

Tickets for the gig on March 20 are available online now and will be on sale on the night at the door of the Glad Café in Shawlands, Glasgow, priced £5 and £6 respectively.

The line-up for the event, which starts at 7.30pm, features Algernon Doll, Poor Things and Lovers Turn To Monsters.

Headliner Algernon Doll has been called “one of the most exciting artists to emerge in a while”, by the respected music magazine, Artrocker.

Pulling on influences such as Fugazi, Elliot Smith, Mark Lanegan and The Smashing Pumpkins, Algernon Doll continues to impress with each release.

A spokesperson for Pulse 98.4, which is based in Barrhead, Renfewshire, said: “The gigs will first and foremost be an opportunity for Pulse Community Radio to promote the music we love. We believe in live music, and it’s important to support and promote it wherever possible.

“Secondly, the gigs will allow the station to raise some vital funds. Show your support for local music and community radio and come along.

“The station is run by a team of 70 passionate volunteers, and is home to a vast variety of radio shows. Promoting new Scottish music is part of the ethos of the station, and this series of gigs will be an opportunity to share some of the music we love in a live experience.”

Pulse 98.4 transmits on the 98.4 FM frequency and is a community radio station based in Barrhead, Renfrewshire, broadcasting to all of South Glasgow, the city centre, East Renfrewshire, Paisley, Renfrewshire and Clydebank and online at www.pulseonair.co.uk.

Two things mark out Pulse – it is professional in its approach and it has no set music policy, allowing it to give exposure to a wide range of styles and artists.

Pulse 98.4 is also available online at tunein, which lets listeners around the world access 70,000 live global radio stations, with music, sports, news, talk, and comedy streaming from every continent. It also has more than two million on-demand programmes, from podcasts to concerts to interviews.

The tunein app is compatible with all smartphones and tablets and on more than 200 platforms such as Sonos and Logitech.

MEDIA RELEASE issued by WordMediaCo Ltd. You too can post media releases (aka press releases), on allmediascotland.com. Email here for more information.