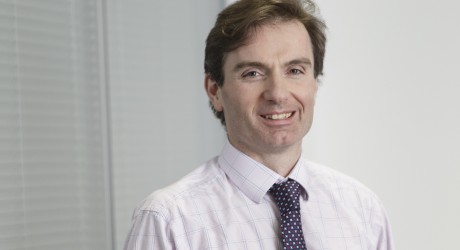 SCOTTISH Land & Estates, which represents landowners and rural businesses across Scotland, has announced that David Johnstone is to succeed Luke Borwick as the organisation’s chair.

David, who owns and manages Annandale Estates in Dumfriesshire, is currently a board member of Scottish Land & Estates as well as chairing the organisation’s Large Estates Group and the South West Regional Committee.

Outside of his involvement in Scottish Land & Estates, he also chairs the Moffat Town Hall Redevelopment Trust, is vice-chair of the local village hall redevelopment trust and is a director of the Dumfries and Galloway Small Communities Housing Trust.

David will replace Luke Borwick at Scottish Land & Estates’ AGM in May.

Luke will hand over following six years in the position, first at SRPBA from 2008 and then as inaugural chair of Scottish Land & Estates following its launch in June 2011.

David Johnstone, chair-designate, said: “I am looking forward to becoming the chair of Scottish Land & Estates and it will be a privilege to take on the role and play my part in telling the positive story of landowners across Scotland.

“I am already involved with the organisation at various levels and through this work, I have seen the real difference that landowners can make to rural communities around the country. It is my task to help the staff and volunteers at Scottish Land & Estates continue to build on their achievements so far in the years ahead.

“Much of that success would not have been achieved without the contribution of Luke, who steered the transition to Scottish Land & Estates with consummate professionalism and tremendous energy.

“I’d like to thank Luke for creating a legacy where Scottish Land & Estates rises to the challenges its members face and ensures that those who care for the countryside as passionately as we do have a unified voice to speak with.”

Luke Borwick, chair, said: “David is an outstanding choice as the next chair of Scottish Land & Estates and as we look ahead, I’m delighted to be handing over the reins to someone who will articulate the organisation’s vision for years to come.

“David has demonstrated through his work with us and at Annandale Estates that cooperation and partnership between private, community and public interests can create real benefits for rural Scotland.

“His recent role in helping facilitate a community buy-out at Johnstonebridge demonstrates clearly that the stereotypical image of a landowner that so many want to perpetuate is outdated and inaccurate.

“I am sure he will now use this experience to help our members achieve their personal and collective goals.

“Scottish Land & Estates members are faced with many issues, both politically and economically.

“When we launched the organisation, our aim was to build a structure that could allow landowners and rural businesses to respond to these issues and have their voices heard amongst the public, the media and politicians.

“We have gone some way to realising that objective and with David’s leadership, I am sure Scottish Land & Estates will continue to present its optimistic message for the positive future of all in rural Scotland.”

“David has already demonstrated his commitment to dealing with the tasks that the organisation undertakes on behalf of the membership.

“David will have a hard act to follow when Luke’s terrific chairing of Scottish Land & Estates concludes but I am certain that David’s commitment, leadership and vision will be of welcome benefit to all our members in the months and years ahead.”

Scottish Land & Estates has approximately 2,500 members across Scotland. Membership is made up mainly of private landowners and estates with a wide range of landholdings.

MEDIA RELEASE issued by Media House International. You too can post media releases (aka press releases), on allmediascotland.com. Email here for more information.