Media Release: National Theatre of Scotland launches The Light Up as part of The Tin Forest 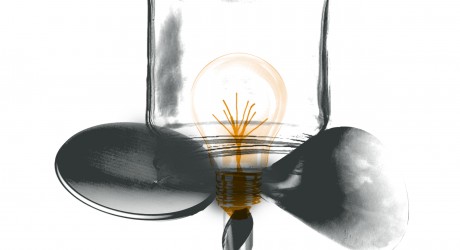 The Light Up invites Scotland and the Commonwealth to illuminate forgotten spaces, as Winter turns to Spring on 20th March 2014

AS part of The Tin Forest, an international arts project created by the National Theatre of Scotland and part of the Glasgow 2014 Cultural Programme, people across Scotland and the Commonwealth are being invited to participate in The Light Up by illuminating local forgotten spaces to mark the official transition from Winter to Spring on Thursday 20th March 2014.

Conceived by The Tin Forest co-director Simon Sharkey, The Light Up invites participants to watch a short online video or download instructions teaching them how to make their own flower-shaped lantern from reclaimed jam jars and tin cans.

Then, as the vernal equinox marks the end of winter and the blooming of Spring, they’ll be asked to light up their chosen place, scatter wildflower seeds, make promises and wishes for the future, then share the moment online by photo or video.

Inspired by the bestselling story of a “wide windswept place, near nowhere and close to forgotten”, regenerated into a flourishing forest “full of the things everyone wanted”, The Tin Forest is a large-scale participatory arts project celebrating creativity and reinvention, and culminating in a ten day Games-time performance festival at a magically transformed South Rotunda on Glasgow’s Clydeside.

Creative teams from the National Theatre of Scotland are working alongside the people of four post-industrial communities across Glasgow (Springburn, Govan, the East End and Southwest Glasgow) to create a series of live theatrical events that will explore each area’s industrial heritage and reimagine what the future might hold. Community participants’ stories, memories and dreams – collected through a variety of theatrical workshops and events like The Light Up – will feed into and shape these performances.

In July, the focus shifts to the South Rotunda, where participants and public audiences will be invited to travel through a puppet labyrinth and immersive visual art experience retelling The Tin Forest story.

The programme of events at the South Rotunda will also feature a five day festival of youth theatre created by groups from across the Commonwealth, while across the city a specially formed street theatre group of 90 young artists will flood the streets, parks and landmarks of Glasgow with pop-up performances.

“We want people to light up a ‘near nowhere, close to forgotten space’ and share the moment that it comes to life with the rest of the world.

“They can do this on their own or as part of a group; in their back garden, on their bedroom window, a park, a field, a forest, a hill, a building or anywhere they think would be brighter if lit up with a flower light. When they plant their flower light, we want them to make a promise to themselves that they, like the old man in the story, will make something grow – it could be a friendship, an object, a sense of community, or just a resolve to make things better.

“They could also plant some seeds and watch real flowers grow. We want fields of light up flowers all over the world and the pictures and promises will live online for all to see.”

The Light Up – Participants’ Info

Who can take part?
Everyone!

How do I make my own Light Up Lantern?
Teachers, parents and community group leaders can learn how to make a lantern at:
www.nationaltheatrescotland.com/lightup – or you can make one according to your own design…

When should I light up my forgotten space?
Sunset on the Spring Equinox (Thu 20 Mar) is at 6.45pm. You can plant your flower light any time between then and the sunrise of the Summer Solstice – which is 21st June.

How can I take part in The Light Up gatherings in Beardmore Park and Springburn Park?
The Beardmore Park (West Muir St, East End, Glasgow, G31 5BU) event is a low-key gathering to plant the lanterns. You can arrive any time between 6.45 and 8.00pm.

The Springburn Park event (entrance via Broomfield Rd nr St Monance Street, Springburn, Glasgow G21) will also take place between 6.45 and 8.00pm. Visitors are invited to gather at The Winter Gardens for a light and sound installation and The Waiting Room experience.

What if it’s cold or if it rains?
Both are possible, so please dress for the weather!

Box office, venue and performance details for all events to be confirmed Spring 2014.
Press contacts:

• The National Theatre of Scotland is supported by the Scottish Government. Since its launch in February 2006, the National Theatre of Scotland has been involved in creating over 200 productions in 180 different locations. With no building of its own, the company takes theatre all over Scotland and beyond, working with existing and new venues and companies to create and tour theatre of the highest quality. It takes place in the great buildings of Scotland, but also in site-specific locations, airports and tower blocks, community halls and drill halls, ferries and forests. The company has performed to over 1,000,000 people across four continents. www.nationaltheatrescotland.com

• The Tin Forest is part of the National Theatre of Scotland’s Dear Scotland 2014 Season of theatre, debate and celebration. The company is inviting audiences to take part in Dear Scotland, not only by coming to events, but also by sharing their thoughts about Scotland in 2014. Audiences and participants across the country will be given a postcard with the greeting line, Dear Scotland, on which they are encouraged to share their rants and regrets, love letters or break-up sentiments, advice or demands, hopes and dreams, and then send the postcard back for free to the National Theatre of Scotland. The responses will be interlaced to create a living record of this momentous year. For more information on this and for other ways to get involved, please visit: www.dearscotland.net.

• The Glasgow 2014 Cultural Programme is a key part of the Games experience for spectators and visitors. Running until the end of August 2014, it will showcase the best of Scottish culture alongside creative work from across the Commonwealth and be a nationwide celebration of the Games, reaching its peak as Glasgow bursts into life at Games time. There are two strands: a Scotland-wide programme called Culture 2014; and a Games-time celebration in Glasgow running alongside the sporting action called Festival 2014. The Glasgow 2014 Cultural Programme is a partnership between the Glasgow 2014 Organising Committee, Glasgow Life and Creative Scotland.

• Scottish Youth Theatre – giving young people in Scotland the opportunity to explore and to reach their creative potential through a quality theatre arts experience. Using the youth theatre/drama process to develop not only creativity and performance skills but also transferable skills in participants, Scottish Youth Theatre puts particular emphasis on each individual’s personal and social development.

• The Calouste Gulbenkian Foundation is an international charitable foundation with cultural, educational, social and scientific interests. Based in Lisbon with offices in London and Paris, the Foundation is in a privileged position to support national and transnational work tackling contemporary issues. The purpose of the UK Branch is to bring about long-term improvements in well-being, particularly for the most vulnerable, by creating connections across boundaries (national borders, communities, disciplines and sectors) which deliver social, cultural and environmental value. We support innovative projects and partnerships within time-limited and purposeful strands of activity. For more information about the work of the Foundation in the UK, visit Partnerships and Initiatives at www.gulbenkian.org.uk

• Homecoming Scotland 2014 Scotland will welcome the world in the Year of Homecoming 2014 – providing a year-long programme of events alongside the Ryder Cup and Commonwealth Games. The Year of Homecoming Scotland will run from 31 December 2013 to 31 December 2014 throughout the length and breadth of the country. Visitors from around the world are invited to join in a celebration of the nation’s food and drink, active pursuits, cultural heritage, nature and ancestral heritage. Homecoming Scotland 2014 is a Scottish Government initiative being led by EventScotland and VisitScotland, supported by numerous partners. To find out more visit www.homecomingscotland.com

• The Guardian reviews The Tin Forest by Helen Ward: “Some children’s picture books are real works of art and this is one of those. The very best books for both adults and children often take you deep into the unconscious or show you the world as if through a prism. This, again, is one of them. Austere and yet visually rich, needing few words and yet saying so much, this is a wonderful fable about making something from nothing, seeing the beauty lurking among the junk, and about reaping what you sow.” www.guardian.com – 22nd July 2008