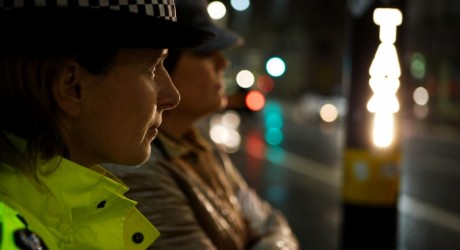 ABERDEEN Inspired will continue to invest in safety and security as the business organisation builds on the city’s Purple Flag award.

Chief executive, Susan Bree, outlined the plans at a civic reception to celebrate the success in achieving the accreditation.

Aberdeen has become the first city in Scotland to be awarded the prestigious Purple Flag, which recognises a commitment to a safe and secure night time experience.

Susan Bree said: “It’s a great achievement for the city and shows what a team approach can deliver for Aberdeen. We have committed to investing £150,000 this year to build on this achievement and imbed safety and security into the city centre’s DNA.”

Aberdeen Inspired vowed to build on the spirit and team approach at the heart of the successful award when representatives joined partners in the project and guests at the Town House for a reception called by Lord Provost George Adam.

The business-led organisation has committed to invest over £150,000 during the current financial year as part of its safe and secure theme.

This money will be put towards a number of projects and initiatives designed to maintaining the area as an attractive and safe offering to visitors and residents.

The Purple Flag scheme itself is an accreditation by the Association of Town and City managers (ATCM) which looks at the wellbeing, movement, appeal and sense of place within a city centre, with successful candidates able to showcase a range of initiatives aimed at attracting visitors to the area during the evening and night.

Aberdeen’s bid to be accredited was led by Aberdeen Inspired alongside support from Aberdeen City Council, Police Scotland, Unight and other key stakeholders, with the organisation picking up the award at a ceremony in Liverpool late last year.

Susan Bree added: “Bolstering Aberdeen’s night time economy plays a vital role in Aberdeen Inspired fulfilling its overall objectives. To do that, we have to encourage more people to visit and use the city centre area and a major part of this is providing a safe and secure environment to do so.

“Aberdeen Inspired has, and will continue to, invest significantly in an effort to meet those aims.  Fostering relationships with a number of parties and key stakeholders in an effort to look after those with a vested interest in the city is also incredibly important and I think that the Purple Flag award shows the real benefit of efficient partner working.”

Lord Provost George Adam said: “The achievement of Purple Flag status is fantastic for the city and I commend the outstanding work and effort that was put in by the organisations and stakeholders who worked together to make their vision a reality.

“The concentrated approach to maintaining an excellent night time experience for all those visiting the city centre is there for all to see and I’m thrilled to be able to personally say thank you to all those involved with the bid; it’s an achievement that everyone can be massively proud of.”

Local police commander for Aberdeen city division, chief superintendent, Adrian Watson, said: “The award is a massive endorsement of the very strong and effective partnership relationships which have developed.

“We have a very clear collaborative focus on safety and ensuring that Aberdeen continues to be one of the most vibrant and welcoming cities in the country and to illustrate the level of joint working there have been at least 80 separate partnership groups ranging from public, private and voluntary sectors all playing their part to embrace the safety message.”

Aberdeen Inspired is the banner under which the Aberdeen BID (Business Improvement District) operates. It is a business-led initiative within the city centre in which levy payers within the BID zone contribute. Proceeds are used to fund projects designed to improve the business district.

Further information on the work of Aberdeen Inspired is available at www.aberdeeninspired.com