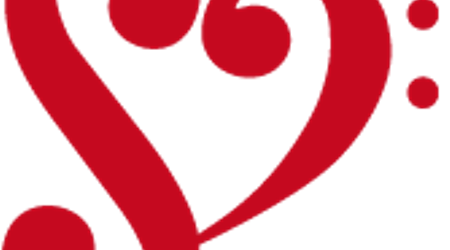 Scotland’s national orchestra collaborates with communities in the north of Scotland and presents a springtime celebration of music-making, from 31 March to 5 April

THE Royal Scottish National Orchestra (RSNO) will connect with the music-loving communities of Inverness and surrounding area for The Big Residency, a week-long celebration featuring cross-community performances, workshops, interactive sessions, concluding with a full symphonic concert, from Monday 31 March to Saturday 5 April.

Since the launch of the RSNO’s umbrella programme RSNO Engage last year, the orchestra has broadened the scope of its Learning and Engagement remit and is committed to developing longer-term relationships with communities across Scotland.

Behind the scenes, RSNO musicians have, since September 2013, been working with young musicians from Inverness-shire, Wick, Thurso, Skye and Aberdeenshire, preparing them for forthcoming performances with Highland Regional Youth Orchestra, Highland Youth String Orchestra and Highland Schools Wind Band.

In addition, over the last eight months, RSNO players have been in residency in the Highlands offering open masterclasses for wind and string musicians aged 16 to 18.

In association with Eden Court Theatre, Highland Council and supported by The Press and Journal and Highlife Highland, The Big Residency will be showcasing the ongoing work in a series of composition workshops, tailor-made performances for young people, cross-genre performances and a full symphonic concert.

The start of the week features RSNO on the Road, RSNO musicians including RSNO principal trombone, Dávur Juul Magnussen, will be visiting schools across the area to lead a series of workshops from improvisation.

The critically-acclaimed Teddy Bears’ Picnic, performances for three-five year-olds, comes to Inverness for the first time, on Wednesday 2 April at Eden Court Theatre (10.00am and 11.30am). These story-led informal performances encourage participation from young concert attenders and their families.

Receiving a five-star review for a similarly themed performance in 2013, The Herald described it as “… a new concept, with a fresh and seamless presentation”.

Boys United is a brand new initiative for the north of Scotland. In 2006 Director of the RSNO Junior Chorus Christopher Bell started a vocal ensemble for boys whose voices were changing. Changed Voices helps guide members – boys aged 13-18 – through that process of change.

A programme inspired by the success of Changed Voices, Inverness will play host to Boys United, for the benefit of young male singers seeking to develop their ability before their voices change.

With Christopher Bell visiting participating schools for preparatory sessions in the preceding weeks, the Empire Theatre at Eden Court will be filled with boys from P6 to S1 on Thursday 3 April, for a day of practical exercises and informal performances.

Christopher Bell, director, RSNO Junior Chorus: “I’m delighted to be able to come to Inverness and work with the young singers, helping to set them on the path to finding their voices. We have some great songs which will really enthuse our ensemble.”

Over the past four months, RSNO musicians have been collaborating with performers from Eden Court Community Dance Company and from Cashback for Creativity, developing a new performance. RSNO Remix will receive its première on Friday 4 April (6.00pm) at the Eden Court Theatre.

It will incorporate remixed classical music – in this case Praeludium from Grieg’s Holberg Suite – digital animation and contemporary dance, creating a show that blends reworked music with two alternative but complementary art-forms, revealing ways in which traditional works can be placed in a modern context.

RSNO assistant conductor, Jean-Claude Picard: “I was excited when I was offered the chance to conduct the RSNO for a concert as part of the Big Residency week. We have a great programme for you, featuring the orchestra in all its splendour. I’m very much looking forward to sharing this music, in this excellent venue of yours that is Eden Court.”

Musicians and singers from the local area are invited to join the RSNO on Saturday 5 April for RSNO Collaborate, a day of coaching and guidance, culminating in an informal performance at Eden Court, to which friends and family are invited to come and see participants play and sing side-by-side with the RSNO.

It is recommended that musicians be of Grade 4 standard or above. Singers can be of any ability but some experience is preferred as sheet music will be used for some of the pieces.

Repertoire for the day will be a mix of classical, traditional and popular songs and will include: Vivaldi’s Gloria, Scottish traditional songs: Johnnie Cope and Will Ye No Come Back Again, and Sing by Gary Barlow and Andrew Lloyd Webber.

Further afield, the members of the RSNO Big Band will be performing in Kingussie, at the Badenoch Centre, on Saturday 5 April, from 1.00pm, providing suitable accompaniment for the RSNO Tea Dance.

Also on Saturday, but back in Inverness, the RSNO Baroque Ensemble will be performing Baroque Fireworks, at Inverness Town House at 1.00pm.

RSNO director of Learning and Engagement, Jenn Minchin: “A power of work has already been undertaken over the past ten months, with our musicians becoming an ever-increasing part of the musical community of the Highland region.

“The Big Residency week serves as an opportunity to showcase our work so far, as we fully intend to continue our relationships with the new connections we have made in the north of Scotland. On behalf of all participants I look forward to welcoming you to our public events from the 31st March.”

To find out more about The Big Highland Residency please visit www.rsno.org.uk or contact the RSNO Engage Team on 0141 225 3574; bigresidency@rsno.org.uk.