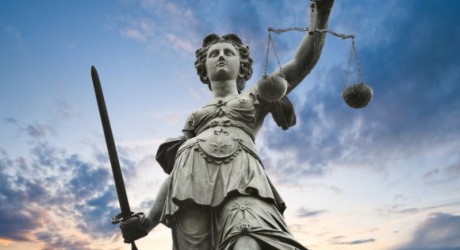 THE latest figures published by the Ministry of Justice on employment tribunals make stark reading and employment law expert, Alan Matthew, at Miller Hendry, is warning that what, on the one hand, is ‘good news’ for employers, is potentially ‘bad news’ for employees and could distort the balance in the employment relationship.

Begins a spokesperson: “The most recent statistics published show a 79 per cent drop in the number of employment tribunals lodged between October and December 2013, against the same period in 2012.

“In real terms, the number of claims being lodged monthly has dropped from around 5,000 to an average of 1,700 claims.”

Alan commented on the statistics: “Fees were introduced in Employment Tribunals at the end of July 2013 as part of a raft of measures designed to simplify employment procedures and encourage business to take on new staff.

“Under the new rules, anyone wishing to make a claim to the Employment Tribunal must pay a combination of fees.

“One payment is due on submitting the claim, known as the issue fee, and another a few weeks before the hearing.

“It’s crystal clear that this move has had a fairly immediate effect on those wishing to seek to take their employer to tribunal, creating a financial barrier to proceeding with a claim.

“While this is good news for employers who will face less litigation and significantly less costs, the balance of power in the employment relationship is certainly affected and possibly not for the better.”

The spokesperson added: There are two categories of claim, with different fees payable. Type A claims are for smaller, simpler cases such as unlawful deduction from wages, statutory redundancy payment, or refusal to allow time off.

“More complex claims such as for discrimination, unfair dismissal or whistleblowing would be categorised as Type B.

“It’s a big change for employees looking to make a claim through the Employment Tribunal system, as they previously were able to do so without a direct financial commitment.

“The fees were introduced to tackle weaker claims and encourage greater use of mediation after the number of tribunal claims rose by 81 per cent between 2001 and 2011*.”

Alan concluded: “The Government hopes that reforms such as this will stimulate investment and expansion, by cutting ‘red tape’ and the risks involved in taking on new staff for business.

“The flip side for employees with legitimate cases is the worry about finding the cash to make the claim in the first instance, as it’s quite likely they will be out of work, or worried about work, when they are considering making a claim. So it’s a good idea for former employees to get some advice on the strength of their claim before they set out.”

MEDIA RELEASE posted by Volpa. You too can post media releases (aka press releases)  on allmediascotland.com. For more information, email here.