Media Release: Get nominated, get ahead in business 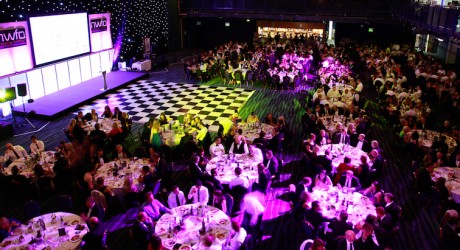 WITH nominations opening today for the fifth annual North West Finance Awards, previous winners, sponsors and the show organisers have all said that recognition makes all the difference in business for staff and customers alike.

“Taking an award back to the office makes your staff feel better and work better,” says Steve Crohill, the organiser, who was speaking at today’s official opening of nominations for the awards, that culminate in a glamourous night at Bolton’s Reebok Stadium on 25 September, and also helps KidsCan children’s cancer support charity.

There has been research conducted in America, where business competition is fierce, that shows that companies taking employee recognition seriously perform better in staff relations, business retention, and customer service.

“Businesses in the North West are all looking for a competitive edge,” adds Steve Crohill.

“They may be overlooking the easiest way to improve performance, by showing appreciation for their own workforce, in front of their peers.”

Events like awaydays, social nights or even office-based events, all play a part in raising employee affinity with their company, and make them better contributors all-round.

Competitive elements get companies working for themselves, as well as for their customers.

“Glamourous occasions, like the North West Finance Awards, really do add team spirit to the office. A night like that is talked about all year.”

David Stanford, chair of the judging panel and past president of the Chartered Institute of Management Accountants in North West England, says businesses can see a marked benefit almost immediately.

“I know entrants who say there was a real team feeling in the office, from the very next day at work. Being recognised, alongside hundreds of industry peers is an obvious thrill for everyone on any team.

“I’m sure their business partners could even hear the smiles over the phone the next day.”

Over 700 attended last year’s event, representing financial departments and financial services from all across the region.

Research referred to was conducted in 2012 by human resources company Bersin & Associates of California, and reported in BusinessNewsDaily.