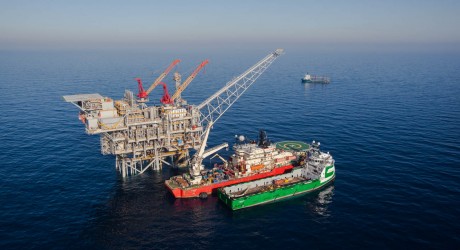 ONE of the world’s leading oil and gas Scientists has hailed Israel’s ‘budding’ energy industry as possessing the potential to match the global success of its technology sector.

He took this opportunity to urge the international oil and gas industry to take note of the significant potential Israel has to become a major force in the energy market.

He said: “These are very exciting times for Israel’s budding energy industry. The same qualities which made Israel’s high-tech sector a global success story could lead its energy sector to similar success.”

He has been at the forefront of realising the future potential of the unconventional market and has lead a number of pioneering onshore exploration programmes in Israel, including a game-changing oil shale project.

Says a spokesperson: “IEI currently holds an exclusive Shale Oil Exploration and Production license in the Shfela region of Israel. They are developing an environmentally acceptable approach to produce clean transportation fuels from oil shale utilizing its In-Situ conversion technology which Dr. Vinegar co-invented. The Shfela basin holds a total of 150 billion barrels of oil equivalent, over 40 billion barrels of which are in IEI’s license area.”

UOG 2014 is the first major international oil and gas conference and exhibition in Israel and will take place at the David Dead Sea Resort Hotel from the 18th until the 20th of November.

The conference will focus on onshore, offshore and unconventional sub markets.

The spokesperson adds: “Along with significant discoveries and production of natural gas, Israel is estimated to have the potential to produce hundreds of billions of barrels of oil.

“Over 35 trillion cubic feet of offshore natural gas reserves have been discovered over the past five years and with production starting last year, this highlights the country’s huge energy potential.

“Whilst these finds are substantial, there are still further E&P opportunities offshore and onshore in Israel for operators, contractors, service companies and investors.”

Michael Beagelman, chief executive officer of Universal Oil & Gas, believes that having such a vastly experienced oil and gas expert chairing the event shows the lucrative potential of the untapped Israeli market which is very much open for business.

He said: “We are honoured to have Dr. Harold Vinegar as the chair of UOG 2014. Dr. Vinegar’s vast expertise as former chief scientist of Shell and his current work in Israel, will provide an important overview of Israel’s oil and gas industry. Israel stands on the brink of energy independence and we are proud to have one of the leading pioneers in the industry as our chair.”

Compared to other emerging oil and gas markets, Israel has many strengths. Proven infrastructure, rule of law, transparency and an educated workforce draw similarities with the elements Aberdeen had 40 years ago.

UOG 2014 aims to highlight and discuss these opportunities creating a platform to encourage collaboration and partnership through panel discussions, keynote speeches, an exhibition and networking events.

Delegates should be able to build up the appropriate knowledge and understanding of the current oil and gas opportunities in Israel and what it takes to do business in the country.

Moreover, they can expect to meet and network with decision makers in the Israeli oil and gas industry, government officials and potential international partners who are also targeting Israel as a market.