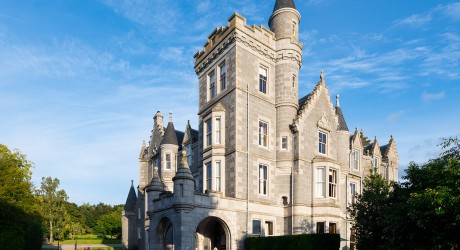 A PRESTIGIOUS hotel on the outskirts of Aberdeen is celebrating after being shortlisted in the finals of prestigious lifestyle awards.

The Mercure Aberdeen Ardoe House Hotel and Spa is a finalist in the Trend Life With Style Awards 2014, in the Hotel Star and Health & Fitness categories.

The annual awards recognise the achievements of local businesses and their contribution to the lifestyle of the North-east.

Judges were impressed with the recent refurbishment programme at the four-star hotel, and the facilities and services on offer in the health and fitness suite, Spa Naturel Fitness.

The prestigious hotel has continued to go from strength to strength following a six-figure refurbishment programme, which was carried out in 2013 to transform the hotel and establish it as one of the top hotels in the area.

The most recent work was the transformation of the award-winning Blairs restaurant to put it back on the map as one of the top culinary destinations in the North-east of Scotland.

Ardoe’s Spa Naturel Fitness, and its dedicated health and fitness team who have created a range of different packages to suit the needs of different customers, also impressed judges.

Since the arrival of spa manager, Raymond Hepburn, in 2013, leisure services have gone from strength to strength.

General manager, Peter Sangster, said: “There is strong competition in the hospitality industry in Aberdeen, and we strive to promote the hotel as more than just somewhere to visit for an overnight stay.

“At Ardoe, customer service isn’t just about making sales, it is about giving the best service possible. First impressions count and we work incredibly hard to ensure people remember the hotel for all the right reasons.

“Winning the award would not only give the hotel the recognition it deserves, but it would also reward the staff, as their hard work has helped to make the hotel a success.”

The awards ceremony will take place on Thursday 12 June, at the Marcliffe Hotel and Spa.