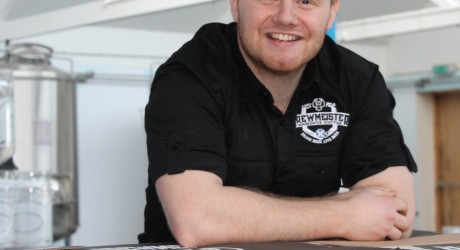 A SCOTTISH brewery has been announced as a finalist at inaugural Scottish export awards.

Brewmeister, a craft beer specialist, which was launched in 2012, has been shortlisted in the best start up exporter of the year category at the BQ Scottish Export Awards, which takes place on Wednesday 28 May at the Glasgow Science Centre.

The awards, organised by BQ magazine, in association with Scottish Enterprise, will recognise excellence in the field and celebrate entrepreneurial endeavour to encourage fledging exporters.

The brewery, which is based at Keith in Moray, has recently expanded into a new 5000 sq ft site, increasing brewing capacity by over four times, and helping the firm to meet growing demand from customers in the North-east and across the world.

The firm is already exporting to Europe, Asia and is in talks with US distributors.

Managing director of Brewmeister, Lewis Shand, said: “We are delighted to secure a finalist place at the first Scottish Export awards, especially at this early stage of our business.

“It is a huge achievement for the company, and a great morale boost for the whole team. To be recognised in amongst so many great Scottish businesses is an accolade in itself, and I am really looking forward to the ceremony.”

Brewmeister, which was launched by student at the time, Lewis Shand, now has 13 members of staff, and expects to develop a number of employment opportunities for the surrounding areas and the North-east.

Brewmeister beer is currently available in several Aberdeen bars, hotels and restaurants, including the Carmelite hotel, The Gas Lamp and the Queen Vic.