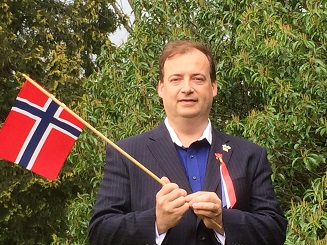 JUST a handful of tickets remain available for a major new event which will link two of Europe’s key energy hubs on June 3rd.

The Aberdeen-Stavanger Gateway will be hosted by Aberdeen-based Granite PR on Tuesday, June 3rd and will feature an impressive line-up of leading speakers, panellists and hosts in Aberdeen, Scotland and Stavanger, Norway.

Building on the success of the now well-established Aberdeen-Houston Gateway, this new event will offer a platform for knowledge sharing and networking between two leading energy hubs.

It is also hoped it will act as a springboard to further strengthen the links between the locations as well as facilitating additional opportunities between participating businesses.

The event, managed by businessplus-scotland, will link Aberdeen’s Marcliffe Hotel and Spa and the Radisson Blu Royal Hotel in Stavanger using AV technology.

Commenting on plans for the 2014 event, Granite PR founder and managing director, Brett Jackson, said: “Due to our own growth in Norway and our desire to develop the success of the Aberdeen-Houston Gateway event, which ran for the second time in March 2014, Stavanger was an obvious choice.

“We look forward to updating delegates on development in key industry sectors in both locations including operator overview, drilling, subsea, marine, taxation and civic links.”

To find out more visit www.granitepr.co.uk. To book a place call businessplus-scotland on (01651) 891790 or email bpscotland@btopenworld.com