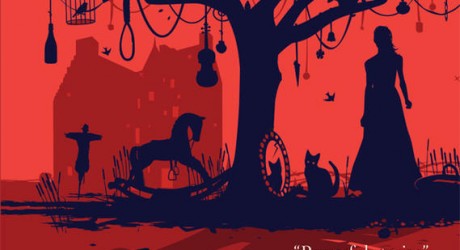 OBSESSION, longing, deceit and even murder feature in Jean Rafferty’s The Four Marys, published on 5 June 2014 by Saraband.

This collection of provocative novellas gives a modern twist to tales of women for whom all is not necessarily as it seems, or as each woman would want her life to be.

The original ‘Four Marys’ were ladies-in-waiting to Mary, Queen of Scots.

According to legend, one was executed for murdering her own baby.

In this quartet of stories, four modern Marys – Mhairi, Mara, Mercedes and Mariana – have their own dark tales to tell. The four stories included are:

The Sealwoman On ‘wishing night’ seals can become human for a few short hours. When Mhairi comes ashore that night, she is about to find out whether being human really is as wonderful as it appears.

A Faerie Child When a woman suffers nine miscarriages she becomes desperate to have a healthy baby. Desperate enough to try anything…

The Diva A world-famous opera star becomes pregnant and experiences the pain and the passion that she sings about in her beloved arias.

The Four Marys A student is having an affair whilst researching the legend of ‘The Four Marys’ – which tells of a lady-in-waiting to Mary, Queen of Scots being put to death for killing her own child. Her love is real, but is history repeating itself?

Drawing on universal themes of womanhood and on Scottish history, culture and lore, The Four Marys is a riveting exploration of the complexities of motherhood: edgy and engrossing, moving, yet at times, disturbing.

Jean Rafferty is an acclaimed award-winning journalist who has written on topics ranging from gritty human interest stories about prostitution, to celebrity interviews and humour pieces.

She has written two non-fiction books about sport, and her first novel, the critically-acclaimed Myra, Beyond Saddleworth (2012), was shortlisted for the Gordon Burn Prize. Jean is Chair of the Scottish PEN’s Writers in Prison Committee.

For further information please contact Craig Hillsley on 01756 730 955 or craig@saraband.net