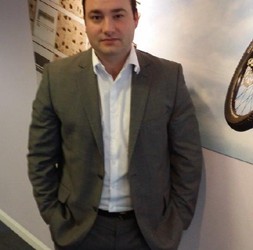 PEOPLE employed in the North-east’s booming oil and gas sector are continuing to streak ahead as Scotland’s best-paid workers.

s1jobs, Scotland’s biggest recruitment platform, carried out research for the first time on the top salaried roles advertised on its site in the past year – which revealed that a whopping six out of the top ten are based in Aberdeen.

The top ten salaries ranged between £140,000-£156,000 with five Granite City roles working in or with the oil and gas industry and another working in an education role for a public sector organisation.

Gavin Mochan, head of Sales at s1jobs, believes the gap compared with jobs elsewhere in Scotland is widening due to a freezing of salaries following the fallout from the economic crisis.

He said: “High salaries in oil and gas are no surprise, but we are definitely seeing evidence the salary gap between the sector and other industries is widening.

“The finance industry in particular has been through several crises, which has led to more transparent remuneration packages, lower than inflation pay rises and even frozen salaries in many organisations.

“Meanwhile in Aberdeen, the oil and gas sector seems to go from strength to strength with salaries increasing at the same rate as before the recession, which also has a knock-on effect to other sectors in the city.”

The top ten list of highest salary roles features an offshore safety coach, a global tax planner and three IT sales solutions posts – all involved in the oil and gas sector and based in Aberdeen.

Edinburgh made it into the chart twice with interim chief information officer and company director roles; Dundee made the list once with a chief executive vacancy for NHS Tayside and Glasgow had a managing director role in Industrial Services offering £150,000 a year.

Gavin continued: “We have around 5,000 new jobs advertised on s1jobs at any given time, running from part-time admin roles to Executive level jobs like these, allowing us to produce a unique picture of the job market in Scotland.

“While it may be alarming to many people that salaries in oil and gas are increasing at a greater rate than in other sectors, it is clearly a hugely important industry for the Scottish economy and the job market as a whole.

“The oil and gas industry offers a fantastic opportunity to many young people taking their first steps on the ladder or others looking for a change of career and the rewards of progressing in this career are there for all to see.”

s1jobs is Scotland’s No. 1 recruitment platform, attracting more than 600,000 users every month and is used by more than 2,000 companies, including Scotland’s top five plcs.

Last week, the company announced a strategic partnership with QA Apprenticeships to advertise approximately 150 apprentice roles on the s1jobs.com website between June-September – the first time high volumes of apprentices positions have been posted.

The top ten highest-paid vacancies on s1jobs over the last 12 months were: