Media Release: Aberdeen IT company urges businesses to be extra vigilant as cyber attack is set to strike 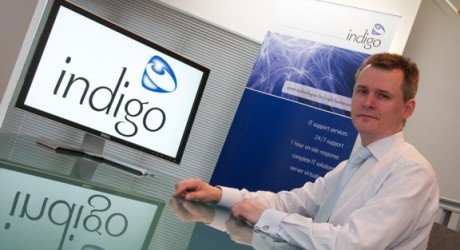 A LEADING Aberdeen IT and software company is warning businesses to be extra vigilant following reports that a cyber attack is set to strike in the next two weeks.

Indigo Technologies, which is headquartered in Aberdeen, has already saved three local companies from the damaging ransomware virus, and has been dealing with enquiries about a new attack.

Says a spokesperson: “Up to a million computers around the globe have already been hit by the new virus, which is causing catastrophic network collapse, disabling computer systems and allowing hackers to steal confidential data by following people’s keystrokes on a computer.

“Most attacks are the result of clicking on an infected e-mail attachment, or visiting a hacked website. Victims’ computers are effectively held hostage until a ransom fee is paid and are given a time-limit to have their information released before it’s lost forever.

“If a company is hit by a cyber attack software experts from the specialist IT company can install transformative virtualisation software, to restore and back-up the companies systems.

“Virtualisation refers to the creation of a virtual machine that acts like a real machine allowing secure access to and delivery of applications and desktops. It provides complete data protection and automated disaster recovery which is vital if under attack from ransomware.”

Indigo director, Sean Thomson, warned that it is essential for businesses to be prepared for the next strain of the virus, or they could face weeks of downtime and thousands of pounds in potential lost business revenue – and even the permanent closure of the business.

He said: “If your business relies heavily on IT services, it’s vital that systems run smoothly without downtime and protected from threats such as ransomware. In the latest attack, people are being tricked into opening an email from the HRMC, and their computer keystrokes are being monitored. In a recent attack, one company had £15,000 stolen from its bank account within 15 minutes.

“These cyber attacks change constantly but our team of award-winning software experts keep one step ahead of the cyber criminals. Our next generation firewall systems and intrusion prevention systems give protection against this type of attack.”

He added: “Paying a ransom doesn’t necessarily solve the problem, and companies who have paid the ransom have found that the decryption can take days and there is absolutely no guarantee that the ransomware won’t lie dormant on the recovered system. There is no magic cure after a system is corrupted – companies need to protect themselves from this threat.”

Issued on behalf of Indigo Technologies by Frasermedia Ltd.