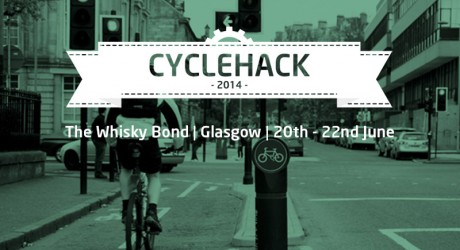 THIS weekend, five cities around the globe will host unique 48-hour hacks aimed at making urban areas more cycle-friendly, with Glasgow at the heart of the events.

Cyclehack is taking place simultaneously in Scotland’s biggest city in partnership with Belfast, Geneva, Tblisi and Melbourne, bringing people together to create ideas that solve the barriers to urban cycling while building prototypes of these hacks in under 48 hours.

In addition to the dreaming up the creation of ideas, the free weekend event will showcase speakers, workshops, films and presentations.

In attendance will be designers, developers, makers and people who move across the cities in different ways, all working together to create hacks that can improve cycling in their respective locations.

What is a hack?

A hack is an new idea that can be prototyped to create improvements to a certain technological subject or area of society.

A cyclehack is an idea that removes a barrier to cycling, then focused on making it a reality into a prototype ready for implementation.

Hacks can be physical, digital or even policy based. A mudguard might be designed that is cut from a plastic bottle to solve wet bottoms, perhaps a handlebar paint squeezer that highlights potholes with luminous paint to solve hidden surface dangers at night, or a website showing where you can find a cycle buddy in your city who helps those who feel apprehensive about city cycling.

How does the Cyclehack work?

During Cyclehack, teams of people with a variety of skills create and build new ideas to reality in just 48 hours, which are subsequently uploaded online for the world to share. The event is supported by people who are excited about making cycling easier where they live and have experience of moving around the city. To add to the mix, software developers and designers contribute to help make the ideas real over the weekend.

Typically the first evening is spent discussing ideas and forming small teams. Hack ideas are presented having been submitted to the event organisers prior to the weekend, who have been busy collecting city cycling barriers and issues via their research and interviews. All the ideas are open source under the Creative Commons Copyright License for anyone around the world to share.

Following the event, an exhibition created via a variety of materials will conclude the research gathered from the Cyclehack event, access to which will be available to the public.

Where is Cyclehack Glasgow taking place?

The Cyclehack event in Glasgow takes place at the Whisky Bond from Friday 20 June, kicking off with drinks at 6.30pm and concludes with a prize presentation of the best hacks of the weekend at 8.30pm on Sunday 22 June. More detailed information about the event speakers, team forming, 3D workshops, Saturday barbecue, films and final day Show and Tell presentation can be found at www.cyclehack.com/cyclehack-2014.

Sarah Drummond is a keen cyclist and regular commuter in Glasgow’s city centre.

As the co-founder and director of design at Snook, a Glasgow based social innovation outfit working with the public, private and third sector to rethink the way people live, Sarah is a strong advocate for moving urban cycling a little further up the transport food chain.

By day, Johanna Holtan is the founder of award-winning EUSA Global and co-curator of Trade School Edinburgh. By night, she is the heart and soul of Bikeable Jo, an online space which shares bikeable stories from all over the world.

Matt Lowell is a user-centred designer with a passion for utilising design as a tool for social change. Having worked across various design disciplines in as far away places as Beirut, Matt is a jack-of-all-trades when it comes to bikes, whether he’s commuting in the city, riding long distance on the road or mountain biking through the forest.

Who is sponsoring Cyclehack Glasgow?

Cyclehack was setup on the back of a successful Kickstarter campaign and has a variety of people to thank below for prizes, sponsorship and knowledge.

We Are Snook · Transport and logistics (excl otherwise stated) · Scotland-wide