Media Release: Launch of food and drink event for the North music to the ears of festival-goers 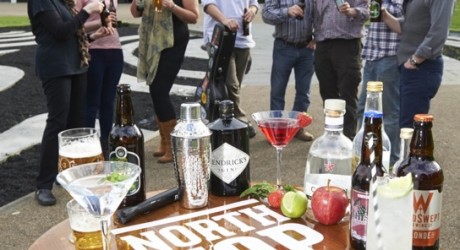 AN inaugural craft beer festival is set to brew up a storm in Inverness this summer.

North Hop, which is taking place a t the city’s Eden Court on 29 and 30 August, has been officially launched with just under 1,000 tickets going on sale this week.

The two-day event, set to boast over 20 exhibitors and around 30 live music acts, will celebrate craft beer, artisan gins, creative cocktails, independent music and a selection of street food vendors from around Scotland.

It is the first large scale craft beer festival to be held in Inverness, and organisers aim to raise awareness of the craft beer industry and showcase a great range of food and drink products, produced across the Highlands and Scotland.

Festival organiser, Michelle Russell, of Snow Marketing, said: “North Hop is an exciting new addition to the festival calendar in Inverness which will bring a fresh buzz to the city, while celebrating the diversity of food and drink products we have across Scotland, particularly on the craft brewery scene.

“We’ve already secured a fantastic number of exhibitors from craft brewers, to mixologists and foodie producers, so by mixing in some superb live music acts, we have the perfect cocktail to brew up an excellent weekend festival with something for everyone.”

Craft breweries, drinks companies and food producers from across Scotland have already secured space at the event but there are still a few exhibitor spaces available.

North Hop will run from 4pm until midnight on Friday, 29 August, and from 12 noon until 12 midnight on Saturday, 30 August.

The event is strictly over 18s and tickets for the festival are now available via the North Hop website www.northhop.co.uk

For more information visit the website www.northhop.co.uk or call the booking office at Eden Court on 01463 234234